Trump admin opens the door to mining in the Boundary Waters • Earth.com 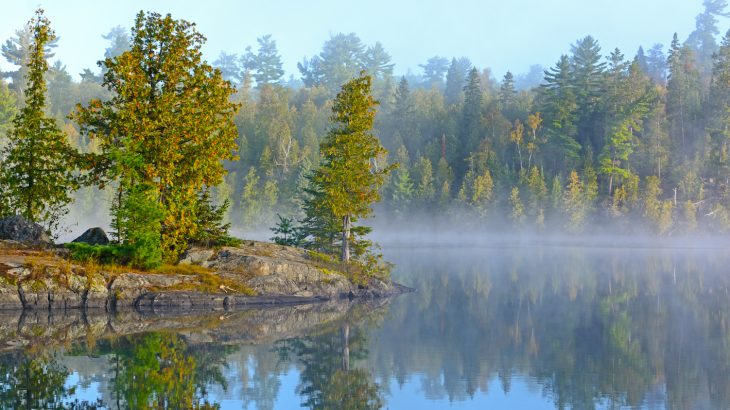 Trump admin opens the door to mining in the Boundary Waters

The Superior National Forest located in northern Minnesota contains a vast boreal forest ecosystem, but it is perhaps most well known for its Boundary Waters Canoe Area Wilderness.

Over 445,000 acres of the forest is water, as 1,300 miles of cold water streams run throughout the National Park. Many species of fish call the boundary waters home and the forest is also a habitat for 300 to 400 wolves, according to the United States Department of Agriculture.

Both the Superior National Forest and its Canoe Wilderness are noted for pristine waters and breathtaking expanses of pine and spruce forests. The Boundary Waters area is also a popular destination for fishing, camping, and hiking.

However, in yet another reversal of previous Obama Era proposals and mandates, the Trump Administration has recently opened the door to potential mining and mineral leasing in the area, threatening the natural wilderness.

Already, the Trump Administration has reversed several of former President Obama’s mandates that were implemented to help mitigate the impacts of climate change.

Before that, President Trump announced that the administrations released a proposal to freeze fuel efficiency standards and limit state’s rights in setting their tailpipe standards.

Both new proposals go directly in the face of the previous administration’s goals to combat climate change and there are concerns that the environment and public health will suffer as a result.

This new reversal is in a similar vein for President Trump and could potentially pave the way for new mineral leasing, mining operations, and pollution in the Superior National Forest.

Along the southern edge of the boundary waters in the Superior National Forest lies what is believed to be one of the richest untapped deposits of copper, gold, and palladium in the world, according to Minnesota Public Radio News (MPR).

This trifecta of mining metals yet to be mined is known as the Duluth Complex.

MPR also stated that although mining companies have been scoping out the areas for decades, no copper mines have been opened in the area.

Which brings us to the real crux of the Duluth Complex and Superior National Forest issue. Do the new decisions to allow mineral leasing and permits really put the Boundary Waters in jeopardy?

The short answer is no, because the proposal does not impact the current mining restrictions within the Boundary Waters Canoe Wilderness area. The same cannot be said for the Rainy River Watershed.

Instead, earlier this September, the U.S Department of Agriculture (USDA) canceled a proposed 20-year mining withdrawal announced in 2016 within the Superior National Forest and the Rainy River Watershed.

It was agreed that a study would be conducted reviewing the potential environmental impact of mining in the area to see if a mining withdrawal was warranted.

However, earlier this month, the Department of Agriculture canceled the withdrawal and its study after 15 months because there was no new information about the watershed or area that would prompt a mining moratorium.

Instead, the USDA Forest Service said that it was confident that environmental conservation and economic growth could thrive side by side in the Superior National Forest.

“It’s our duty as responsible stewards of our environment to maintain and protect our natural resources,” Agriculture Secretary Sonny Perdue said in a statement. “At the same time, we must put our national forests to work for the taxpayers to support local economies and create jobs.”

Much like the fuel efficiency standards pit car companies and California against each other, with automotive manufacturers welcoming a rollback on tailpipe regulations, this news is overdue and welcomed with open arms by mining companies but maligned by environmentalists.

“The Trump administration broke its word to us, to Congress, and to the American people when it said it would finish the environmental assessment and base decisions on facts and science,” Alex Falconer, Executive Director of the Campaign to Save the Boundary Waters, told MPR News.

Canceling the withdrawal allows companies to apply for permits for mineral leasing within 365 square miles of forest and Rainy River Watershed.

This is where many environmentalists and Minnesotans (like myself) are concerned. If a mining operation is approved, it could mean significant pollution and hazardous runoff into the watershed, putting the diverse and abundant ecosystem of the Superior National Forest at risk.

One might argue it’s a matter of economic growth versus environmental preservation. On the one hand, as the USDA stated, opening up the area to mineral leasing and mining permits could provide thousands of new jobs and positively impact nearby communities.

However, in August, a group of Harvard economists conducted a thorough review of the potential economic impacts of mining and mineral leasing in the Superior National Forest and found that opening up mining would negatively impact the economy in the long run.

One important thing to note and which might make people view the canceled withdrawal more favorably is that although the new policy allows companies to apply for permits, it does not automatically grant mining rights.

This is why some people called the 20-year withdrawal redundant because no matter what, any new mining ventures would have to undergo a thorough and lengthy environmental impact process.

But let’s consider for a minute what could happen if a mining company did start operating in the areas?

According to a report published by Save the Boundary Waters, a nonprofit dedicated to protecting the Superior National Forest, previous environmental impact statements found that mining poses many risks to watersheds including groundwater contamination and damaging surrounding wetlands.

If this were to happen in the Rainy River Watershed it could be catastrophic for the wildlife that call the area home.

Time will tell if the Superior National Forest will become the next Iron Range or if the USDA’s final analysis of the environmental impact of mineral leasing actually holds true and the potential risks for pollution or contamination are very low.