Severe drought in Australia has led to serious declines in wildlife • Earth.com 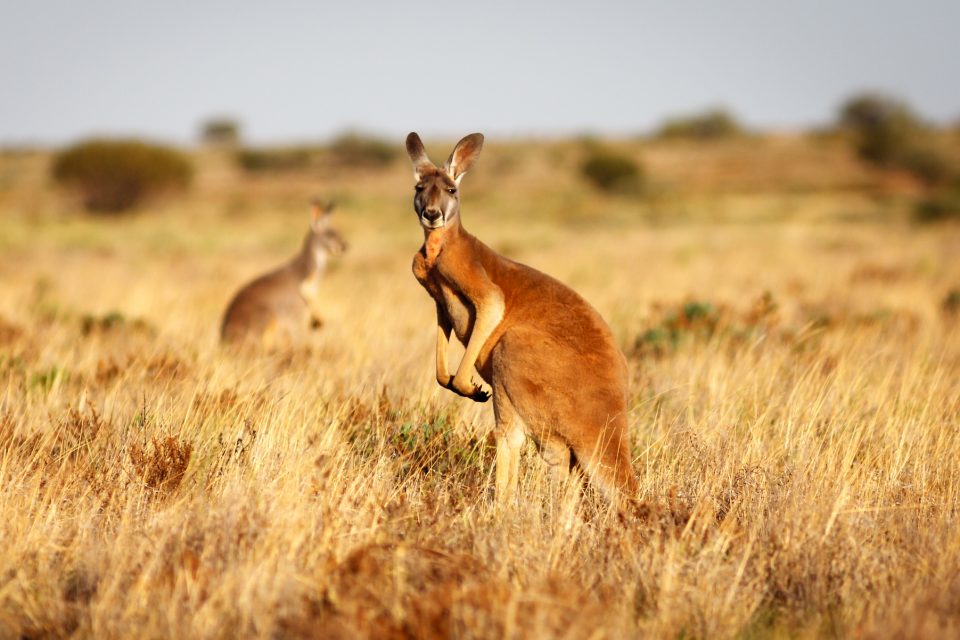 Severe drought in Australia has led to serious declines in wildlife

Australia’s long-lasting and severe drought, known as the “Big Dry,” has been persisting for years in some parts of the country and is devastating populations of Australia’s iconic animals.

The drought is shrinking greenery and with it, food and water for many animals like kangaroos, Koalas, emus, wombats, and echidnas.

Unable to adapt to the drought while farmers work to reserve grazing areas for their livestock, wildlife in Australia are taking more risks, traveling farther, and venturing into more populated areas in search of food.

As a result, wildlife rescuers are seeing an increase in traffic incidents from animal crossings and abandoned young.

In the last three years, there has been a 20 percent increase in wildlife traffic incidents, according to insurance reports from Australia.

Many drivers in North America don’t have to be reminded of the hazard of driving during peak deer season in the fall.

Deer can do untold amounts of damage to a car, and in Australia, kangaroos pose a similar risk and drivers are being cautioned not to swerve when faced with a potential collision.

“People don’t want to hurt the animal because that’s understandable, but sometimes you just need to learn you don’t swerve, you just have to brake,” Australian farmer, Sandra Ireson, told the Daily Mail. “And you may have to injure the animal, which is disappointing but that’s better than having a disastrous accident.”

The Daily Mail reported on the steep declines in wildlife populations due to the drought and stated that the animals are not able to adapt quickly enough to the changes. As a result, many populations are struggling to survive.

Many animals are traveling outside of their known habitats and human-wildlife encounters are increasing.

“We’re finding a lot more wallabies with blindness because they’re actually coming out into the open paddocks searching for food, and their eyes are unable to cope with full sunlight,” Rachel Walker, a wildlife rescuer told the Agence France-Presse.

Since 2016, there has been a 52 percent increase in marsupial rescues, according to the rescue group WIRES.

In some parts of New South Wales, kangaroos have been particularly hard hit, with one ecologist reporting a 90 percent decline in the local kangaroo population.

At this point, there is no telling when the big dry will be over, and climate change is projected to cause more droughts worldwide.

With Australia’s wildlife unable to cope with the changes, conservation measures will need to take into account wildlife populations as well as agricultural operations to preserve the country’s rich biodiversity while still allowing farming communities to keep their livelihoods.