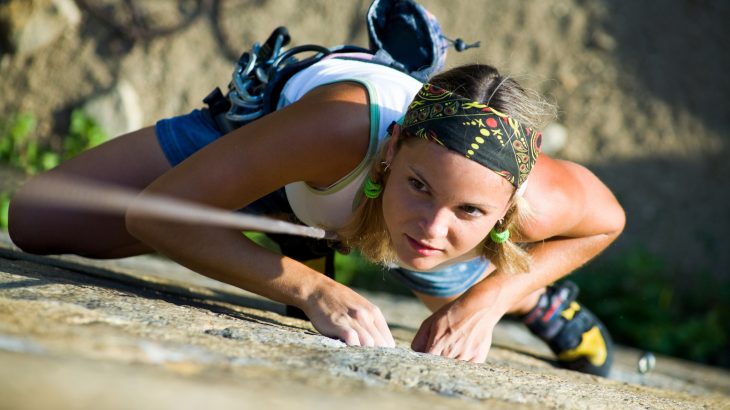 Sexual harassment persists in the outdoors

Even before the government shutdown, there were problems for many women working in the National Park Service.  The main voices and leadership in mainstream conservation and more broadly in the environment movement have been white and male.  From Thoreau to Abbey, Teddy Roosevelt to John Muir, the environmentalists with the most clout in the US are usually men.

It’s not that these people haven’t moved the movement forward or had real contributions to make, they have. The unfortunate part of this scenario is that it alienates many people including women and people of color.  The environment is important for everyone human and non-human so it’s unfortunate when anyone is excluded from environmental discussion. As unfortunate as it is, organizations have sometimes become ‘boys clubs’ and this is evident even in government organizations like the National Park Service.

It’s not just the National Parks either.  Many occupations that involve working outdoors in remote locations suffer from high rates of harassment.  I think most are unsurprised by sexual misconduct in the military, a largely macho and male dominated organization but conservation organizations across the board are plagued by these problems.  Outside Online cites a survey of female scientists that found 71% had been harassed in the field.

As a man who’s worked for long periods of time in field locations from Alaska to Africa as well as in the continental US, these findings are disturbing and also completely believable.  Unfortunately the problem seems to be part of an unspoken credo that seems to say this type of behavior is acceptable and to be expected from men. There’s often little to no accountability in remote regions, especially in male dominated career fields.  Though my own behavior hasn’t been criminal, I haven’t always been as understanding to females working in the field with me as I should have been. The apathy that too often greets women in conservation and the outdoors is inexcusable.

Not only is harassment unfortunately common, access to jobs and career advancement for women in conservation organizations.  An article from Wharton cites numbers that 90% of wildland firefighters are male and only 10% are female.  Even the military does better than this with women making up 16% of US military recruits and 18% of the officer corps according to the Council on Foreign Relations.  A Washington Post article reports that almost 45 years ago female firefighters sued for better access to jobs.  Under order from the Supreme Court the US Forest Service increased female recruitment in the western US.  The order expired more than a decade ago and female recruitment fell off, representing a step backwards for equality.  Women have reported quitting the forest service due to sexual harassment but little has been done to confront the problem.

The National Park Service under Secretary of the Interior Ryan Zinke took small steps to change their problem.  Besides the survey to determine the proportion of the problem, Zinke created a zero tolerance policy on harassment.  Critics such as Lesa Donnelly, a former US Forest Service employee currently vice president of USDA Coalition of Minority Employees, have doubts.  The changes amount to making things look good rather than confronting the root of the problem.  Now that Zinke has been ousted, it’s uncertain what stance the Department of the Interior will take on workplace harassment.

The problem goes beyond workplace or bureaucratic sexism.  Women recreating outdoors are often faced with hostility the same as those working in the outdoors.  One survey found that 43% of 2500 female runners questioned reported regular unwanted sexual attention.  Another survey cited by Outside Online found that women new to climbing, just learning to climb in gyms often feel discriminated against.  64% of women said they felt, “uncomfortable, insulted, or dismissed at some point during their training” compared with only 29% of men surveyed.  This information includes 32% of women who said they received unwanted advice compared to only 14% of men. Clearly women don’t feel as respected as men when they’re learning a challenging skill that everyone struggles with in the beginning.

In a conversation I had with Sophia Danenberg, first African American woman to summit Mount Everest, she told me she often felt dismissed by male climbers.  She also told me that being treated with a dismissive attitude is more likely to hurt a woman or minority who already feels like she doesn’t fit the stereotype for climbers.

Unfortunately, sexual harassment is a pervasive issue in America and the world reaching into nearly all facets of life.  Environmentalism and the outdoors are no different than other parts of society despite often being thought of as more progressive.

As a white male I can’t comment directly on others experiences as if they were my own.  I can encourage others like me to be part of the solution rather than part of the problem.  It’s important to always look upon others around you with empathy and to question your own actions and pay attention to behavior.  Something as simple as giving unsolicited advice or staring a little too long can be uncomfortable. If environmental and outdoor communities are going to thrive and be a positive force in the world, they must be as welcoming as possible to everyone.  It’s also important to listen. The reason that the main voices in the environmental movement have been predominantly male isn’t because there are no female voices but simply because they’re often ignored. It’s time that we look to women to be leaders in the environmental movement, especially as the earth faces great challenges caused in many ways by the actions of men.