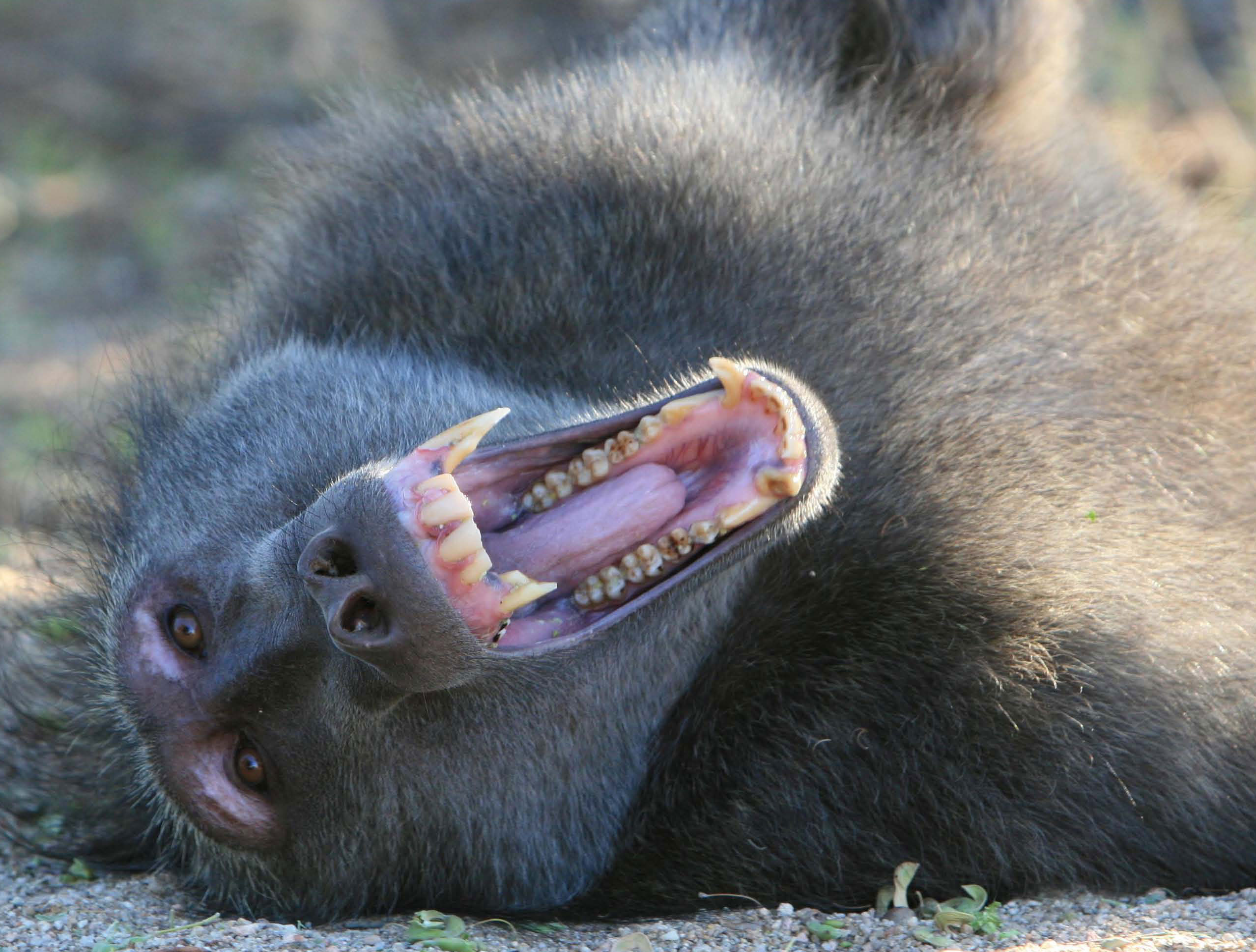 Sexual intimidation directed towards females by males in chimpanzee societies is already known to occur in the wild. But an international team of researchers wanted to know if this behavior extended to other primate species as well, adding another link to the chain that connects human and primate behavior.

The researchers observed the mating habits of chacma baboons living in Namibia over a four-year period. Ultimately, they found that males of this species would often use long-term sexual intimidation to control their mates. None of the researchers had ever seen a male baboon force a female to mate, which led them to wonder if these males may be coercing females in other ways instead.

“This study adds to growing evidence that males use coercive tactics to constrain female mating decisions in promiscuous primates, thereby questioning the extent of sexual freedom left for females in such societies and suggesting that sexual intimidation has a long evolutionary history in primates – a taxonomic group that of course includes humans,” explains Alice Baniel, from the Institute for Advanced Study in Toulouse, France.

While in the field, Baniel noticed that males would attack or chase females unprovoked, occurring most often when the female was in heat. These males would stay close to females that were “cycling,” forming a strong social bond and acting aggressively towards the female. The researchers wanted to know if this aggressive behavior was leading to more success in mating for the males.

Over four years, they collected data on sex and aggression in two large baboon groups. They found that fertile females experienced more aggression from males than pregnant and lactating females did – sometimes to the point of resulting in injury for the female. The data also showed that males who were more aggressive toward a specific female had a better chance to mate with her when she was close to ovulation.

Through their observations, the researchers determined that males didn’t exactly harass females into mating with them. Instead, they would attack and chase certain females constantly in the weeks leading up to their ovulation. This would apparently increase their chances of having sexual access to them when it was time to mate. The researchers describe this behavior as “a form of long-term sexual intimidation.”

“Because sexual intimidation – where aggression and matings are not clustered in time – is discreet, it may easily go unnoticed,” says Baniel. “It may therefore be more common than previously appreciated in mammalian societies, and constrain female sexuality even in some species where they seem to enjoy relative freedom.”

Despite spending four years in the field observing these baboons, their work is not yet done. Baniel and her team will continue studying these baboons in order to analyze the variation in levels of male aggression toward their female mates.

“My feeling was that some males were more aggressive with females than others and that some females were ‘happier’ than others with their mate-guarding male,” explains Baniel. “I would like to understand if several mating strategies could coexist among males, i.e., being chosen by females versus intimidating them.”

Such findings could not only open up our understanding of primate mating behavior, but might also give us a look into our own, more primal, instincts.