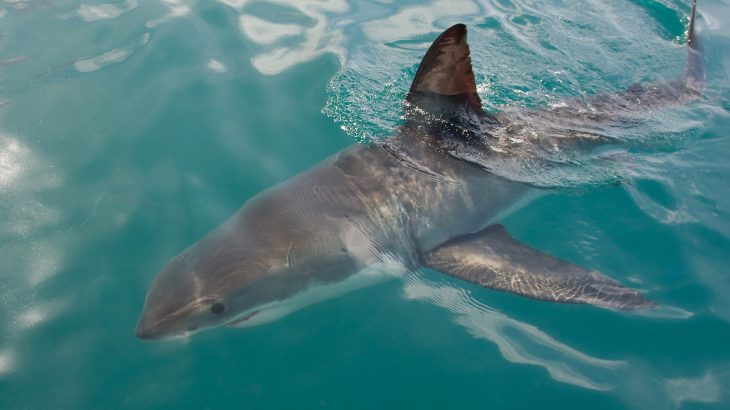 Sharks are feared by many for their perceived man-eating and ferocious nature. Although shark attacks occur in small numbers throughout the world every year, in reality, humans are the true predator.

A new study published in Marine Policy examined shark finning, the act of cutting a shark’s fin off and discarding the rest of its body, as a case study on the difficulties of managing threatened species in the international trade. The authors found that shark finning is currently unsustainable and is leading species of sharks towards extinction.

Sharks are finned to fill demand for shark fin soup, a luxury dish that can cost up to $100 a bowl. Because shark meat has a low commercial value, many sharks are simply thrown back into the ocean where they can bleed to death or become preyed upon.

A 2013 study also published in Marine Policy estimated that humans kill 100 million sharks every year. Although not all these sharks are killed for their fins, some are killed as bycatch and for other body parts, shark finning is a major driver of population declines. 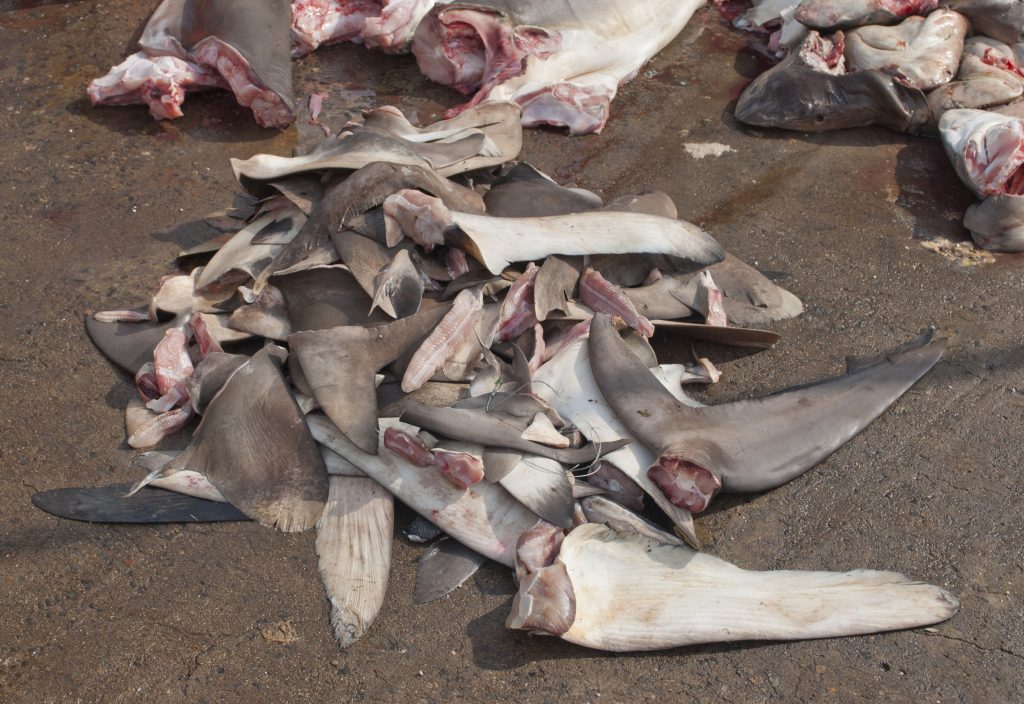 Sharks have been particularly affected by overharvesting. Many shark species are currently threatened or endangered yet are still being killed for shark fin soup. A study which analyzed species composition of shark fins for sale in Hong Kong found that one-third of the species were threatened with extinction. In addition, sharks have naturally low reproductive rates making it difficult for the animals to come back from population declines.

Sharks currently face a similar trajectory as other wild animals who are exploited for their parts such as elephants and rhinos. As the authors note, a legal market for a wildlife part can undermine enforcement efforts and help poachers launder their products. Additionally, many governments lack the resources or desire to address the illegal wildlife trade. Shark finning can be especially difficult to enforce since the finning often occurs on the high seas and enforcement officers may only have the sharks fin available to determine whether the animal is a protected species.

Without proper regulation and enforcement, the future of many shark species is bleak. The world would have a lot to lose without sharks. Not only would movies such as Jaws and Sharknado be stuck in the past, but whole ecosystems could suffer without an apex predator controlling population dynamics.

The authors hope shark finning will illustrate the problems with having a large, luxury market for imperiled species, especially species for which demand is higher than the natural supply.

The study concludes, “Until institutional systems can effectively control the exploitation

and trade of wildlife destined for luxury markets, international trade in vulnerable and threatened species, or their parts, should cease before populations are extirpated, or species driven further towards extinction; the situation is urgent, and the message clear.”