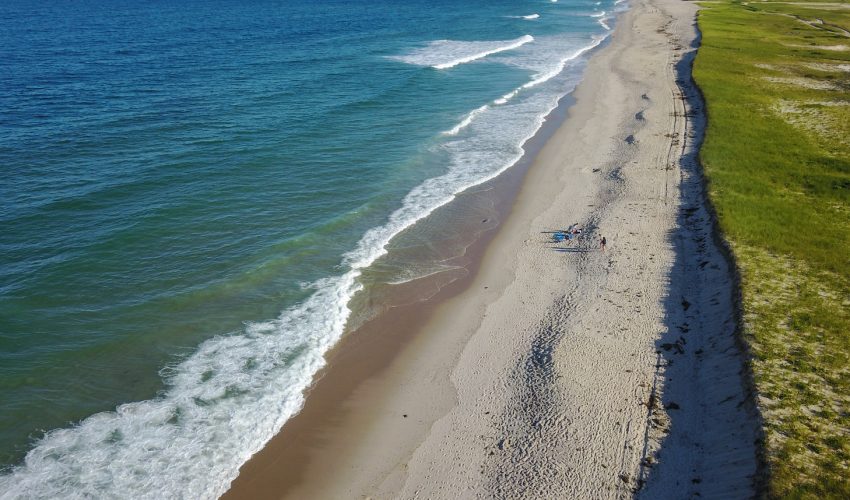 White shark sightings off the coast of Massachusetts startled beachgoers and closed multiple Cape Cod beaches last week. Experts say the sharks are most likely arriving to the area in pursuit of seals, and do not pose a major threat to humans.

Cleveland Bigelow was paddleboarding approximately 30 yards off the shore of Marconi Beach when he was thrown off his stand-up board by a white shark. The shark bit the board, but Bigelow escaped without injury.

“I would be telling you a fish story if I said that I wasn’t scared,” Bigelow told WCVB. “I count my blessings from God.”

14 miles south of the incident, a white shark attacked a seal just feet from the shore at Nauset Beach. Surfers and swimmers panicked to get to safety as a large pool of blood appeared in the water.

In recent years, great whites have been appearing in larger numbers off Cape Cod in the summertime. Researchers believe that they are attracted to a thriving seal population, which has been growing since the 1972 federal Marine Mammal Protection Act. Scientists also believe that changing ocean currents and the depletion of food due to overfishing are also explanations for the presence of more white sharks in the region.

Marie Levine is the executive director of the Shark Research Institute in Princeton, New Jersey.

“We are the interloper in the ocean,” Levine told the Associated Press. “White sharks prey on seals. Seals come ashore, so if seals are coming ashore on any beach, people should stay out of the water there. It’s just common sense.”

Greg Skomal is a state biologist in Massachusetts who has been studying the migratory patterns of white sharks. His team has electronically tagged dozens of animals for their research, and identified 80 sharks off Cape Cod in 2014, 141 in 2015, and 146 in 2016.

While data for 2017 is not yet available, Skomal said there is evidence that great whites are spreading out to cover most of Cape Cod’s eastern coast. He indicates, however, that the event at Nauset Beach is a perfect example of why there is no need to panic.

“We had people who were surfing, we had swimmers, and we had a shark attack a seal among them all,” said Skomal. “That’s a level of selection that we need to realize. The shark decided the seal was the prey item.”

There have been no fatal shark attacks reported in the United States so far this year, and sharks have not killed a person in Massachusetts since 1936.