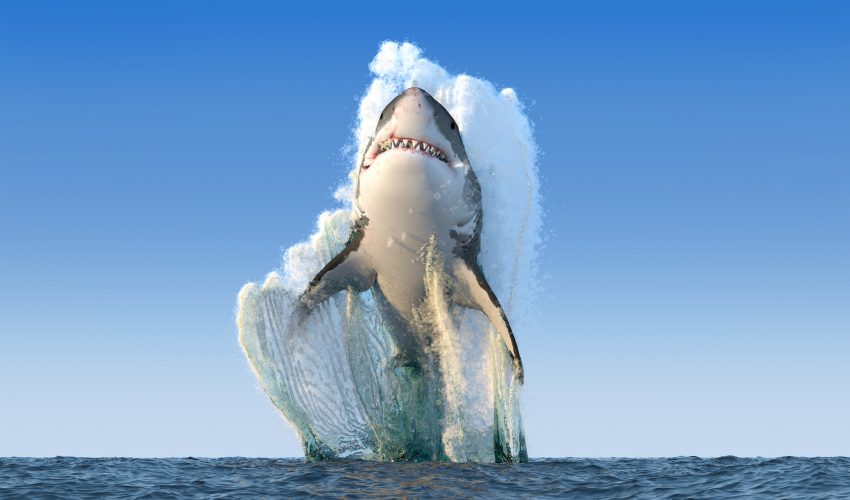 The most famous shark film of all time, Jaws, was primarily filmed in the waters of Martha’s Vineyard, just off the coast off Cape Cod, Massachusetts. Still, the memorable shark flick did little to stop locals from enjoying a dip in Cape’s sandy beaches. While there hasn’t been a human death from a shark attack in Massachusetts since 1936, there is new cause for concern. New data shows that great white sharks are swimming toward Cape Cod in rising numbers for the second straight year.

According to a new study performed by a team of scientists at the Massachusetts Division of Marine Fisheries, the number of sharks in the waters off Cape Cod continues to grow. Greg Skomal, senior scientist at the organization, emphasizes that while the sharks are chasing seals, not humans, it is still a very important trend to monitor.

“How long does it stay and where does it go are the questions we’re trying to answer,” said Skomal. “But for the towns, it’s a public safety issue.”

The study was funded by the Atlantic White Shark Conservancy and identified at least 147 white sharks in the summer of 2016. While this was only slightly more than the number found in 2015, it is almost double the number spotted in 2014. Additionally, more than 50% of the sharks found in 2016 were not present in 2015.

There also appear to be an increasing number of young sharks, which suggests that the overall great white shark population is also on the rise.

“Last summer, we saw greater numbers of smaller sharks, including juveniles, and that tells us that the population is rebuilding,” said Skomal.

“The fact that they have an eye on the situation from the air is crucial,” said Nathan Sears, Natural Resources Manager for the town of Orleans, Massachusetts. “And if they spot a shark in the swimming area, we’ll close the beach.”