Sharks have resiliently adapted to a changing world • Earth.com 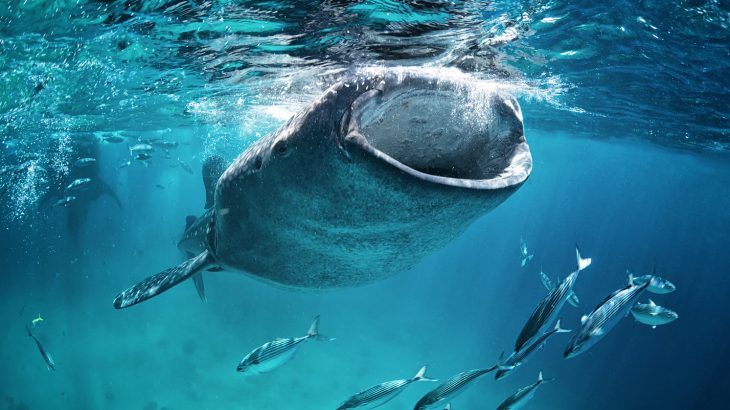 Sharks have resiliently adapted to a changing world

The oldest fossils showing what could be a circulatory system are only 520 million years old, a mere 10 million years before sharks.  The first fish fossils appeared about 510 million years ago and were heavily armored jawless fish, a lineage now extinct.  Sharks have lived three times longer than dinosaurs. As the world has changed, sharks have adapted to it while still maintaining the key attributes that make them sharks.  Remains of a shark were even found with the bones of Sue, the famous most complete T. Rex.

Closer to home, I spent months preparing a nearly complete shark skeleton found in a stone quarry in Texas.  The vertebrae stood out from the rock with the most relief, looking like a line of short black thread spools, some tipped on end.  As I cleaned more of the overlying stone off, the bizarre features of this particular shark became clearer. Delicate pieces of fossilized cartilage that made up the fin bones lay dark in the light colored stone as if drawn in charcoal.  The outline of a shark was clear despite the damage of time. The head had the delicate features of eye sockets but the mouth was a mangled mess of alien teeth. The teeth were alien because they weren’t stereotypically shark-like at all.  The Ptychodus genus this shark belonged to is known for having flat, knobby plates of teeth. These teeth were used to crack open shell fish rather than shred the flesh of soft fish or marine mammals. The Ptychodus is just one example of the evolutionary radiation that sharks have shown through time, adapting to different ecological niches while staying sharks.

Another fossil shark I’ve seen with such intimate detail came from Lebanon, this shark showed the same delicate shape but in oranges and reds.  Fossil sharks flattened into the substrate they’re found in appear almost like paintings, mere depictions of life in an ancient world but fossils also give us important information.  Shark fossils show us the wide range of sharks that have lived and also under what environments they thrived. Fossils so much older than humanity also put our species into a greater context and call for humility.

Visit any reef system in the world and snorkel or SCUBA long enough and you’re likely to eventually encounter a shark.  Small sharks are mostly shy, hiding under the ledges of coral or slipping away around a rock at the approach of noisy humans.  Seeing sharks move with grace through the water is always a thrill, no matter the size of the animal.

Smithsonian reports that there are over 500 species of shark alive today and most of them are quite harmless to people.  The largest shark, the whale shark measuring over 39 feet long, is also one of the most harmless sharks. The whale shark is unique in being a filter feeder, living on almost microscopic organism floating in the ocean, similar to the diet of whales.  Half the species of shark in the world are small, less than about three feet long and are obviously not man-eaters either. Sharks are actually incredibly diverse in where they live and what they eat, not all of them are hanging around beaches waiting for surfers.

Sharks are found in deep, open seas as well as in shallow waters near land as well as protected reef systems and kelp forests, even under polar ice.  Sharks take many forms, and the hammerhead is a well-known oddly shaped shark but the frilled shark, living in deep cold waters with an eel-like body is just as strange.  The goblin shark is so odd it’s hard to describe. Sharks with their wide diversity and broad ranges are unsurprisingly very important to the health of the ocean.

Mostly sharks are predators in the ocean.  Being a predator naturally limits your population numbers.  If you were to visit Africa, you may notice there are far fewer lions, leopards and cheetahs than zebras, antelope or wildebeest.  The reason is simple – there must be more prey animals to feed a population of predators. If there are more predators, they’ll quickly eat all of the prey and then starve, destroying both animals.  There is one caveat to this rule – it really only holds for endotherms (commonly warm blooded animals). If you’re an ectotherm (or ‘cold-blooded’) you don’t need to eat as often, so there can be a larger number of predators compared to prey.  There are many more spiders compared to the insects they prey on than lions compared to the animals they eat. When this insight is applied to sharks, it shows how unhealthy many marine ecosystems are.

Smithsonian reports that shark finning for soups popular in Asia kill an estimated 100 million sharks a year.  Unfounded fear also promotes shark killing, such as the shark culling in Australia. Overfishing, climate change, pollution and agricultural run-off all hurt the oceans, which the sharks are an integral, part of as well.  Whether sharks will survive humans and the chaos we cause or if we’ll kill off our ancient cousins is a decision we must make together. Sharks could easily survive another 100 million years if we let them.