How sharks ‘hear’ their prey’s heartbeat, and why it’s important • Earth.com 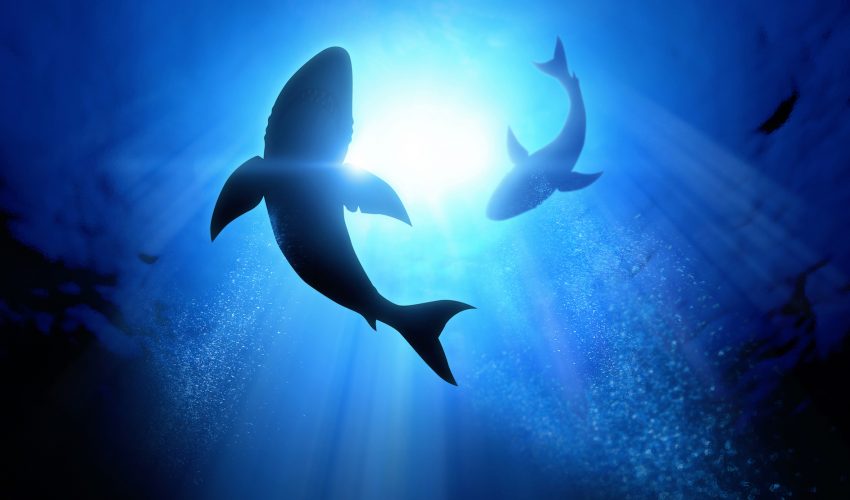 How sharks ‘hear’ their prey’s heartbeat, and why it’s important

Try not to panic, but sharks can detect your heartbeat in the water. What’s actually happening is that these sea predators, as well as rays and skates, can respond to the heartbeat of their prey through their super-sensitive electro-sensory organs.  And now we understand how that process works, from genes through response, thanks to research conducted at the University of California at San Francisco (UCSF).

The heart of the matter, so to speak, is electro-sensory cells that pick up even faint electrical signals.

The UCSF team examined the ampullary organ of a species of skate known as the little skate and found two ionic currents. The first, a voltage-sensitive calcium current that admits calcium ions into the cell in response to electrical disturbances, and the second, a calcium-sensitive potassium current that alters the normal electrical properties of the cell. These two currents interact to create an oscillating effect that allows the skate to fix on even the tiniest electrical signals, such as from the heartbeat of food sources in the ocean’s sandy bottom.

When the researchers chemically blocked these ion channels, the skates would be unaware of electrical signals in their aquariums that mimicked prey.

One of the reasons this research is important is that the electro-sensory organs of these marine animals are very similar to the human auditory system.

As Dr. Nicholas Bellono, a postdoctoral researcher in UCSF’s Julius lab and co-author of the study puts it, “Versions of the same ion channels with subtly different electrical properties are similarly important in our ears. So understanding exactly how small differences in these channels affect electrical function could be important for better understanding the auditory system.”

It also helps us advance our understanding of electrical receptors in other animals, said another co-author of the study.