Why sharks are shaped like airplanes and zeppelins • Earth.com 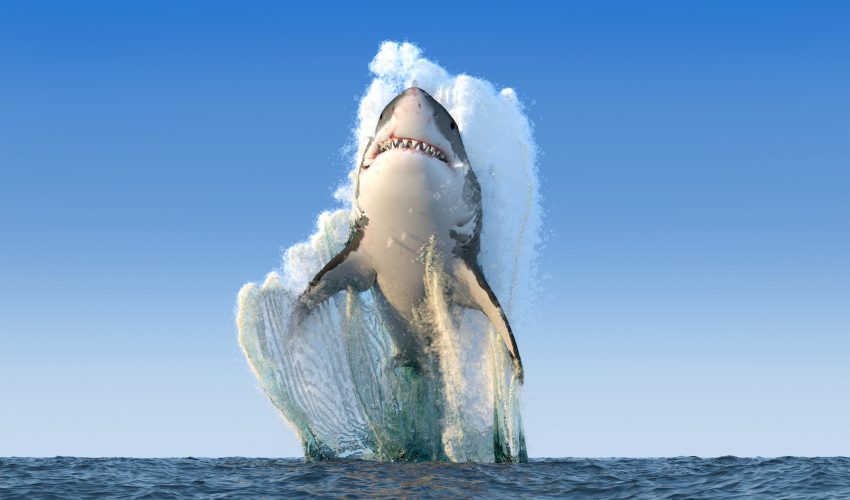 Marine species have evolved certain traits in order to survive in different aquatic ecosystems and depths in the ocean. But now, new research has revealed how different sharks, in particular, have evolved physical traits according to their liver size depending on their preferred marine habitats.

The study was conducted by a team of researchers with specialties in biology and physics and published in the journal Proceedings of the Royal Society B.

The researchers observed the body composition of 32 shark species and found that different sharks evolved aircraft-like characteristics with similar aerodynamics to either round, slow zeppelins or fixed-wing high-speed airplanes.

Zeppelin sharks are ideal for deeper and colder depths, whereas the high-speed aircraft sharks do well in shallower waters. The lower depth sharks also evolved larger livers, and their environment does not demand as much energy expenditure.

“Conversely, shark species with smaller livers, like most whaler sharks, are negatively buoyant and so must swim at fast speeds so their wing-like fins can provide sufficient lift, overall expending more energy than their deep-dwelling cousins,” said Adrian Gleiss, the lead author.

However, the researchers discovered that the zeppelins were only expending less energy because they had evolved to be less hydrodynamic and live in habitats where their slow pace doesn’t deter hunting.

“The zeppelins of the shark world must live in cold places where slow swimming is the rule for both predator and prey,” said Jean Potvin, a physicist at Saint Louis University and a co-author of the study.

The sharks who live in shallower waters have slimmer bodies that require less energy to move at faster speeds.

“As with the sharks inhabiting shallow waters, trying to fly zeppelins at the speeds and accelerations common to fixed-wing aircraft of same the weight class would require significantly more energy, unless that is, it is reshaped into a more javelin-like body,” said Potvin.

The research helps shed light on the evolution of sharks, and by comparing sharks to aircrafts, explains the hydrodynamics of sharks who thrive at different depths.