How sharks use their shoulders to eat • Earth.com 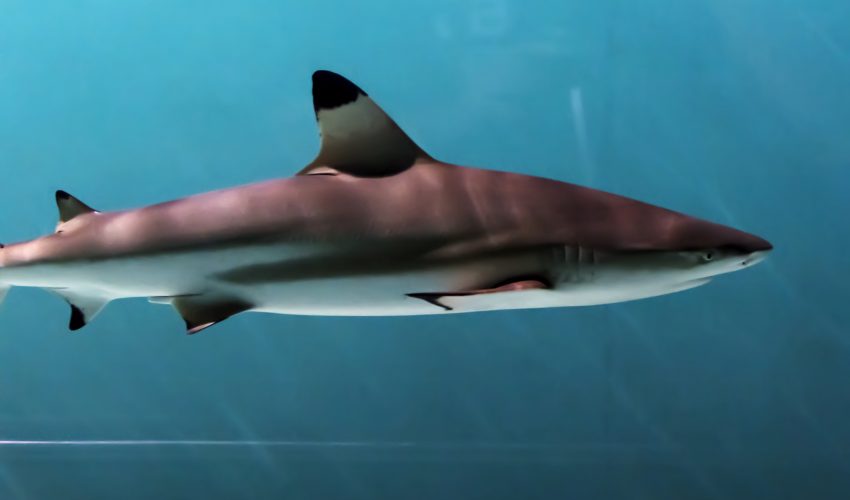 How sharks use their shoulders to eat

Bamboo sharks use their shoulders to serve as tongues to help them eat, according to a new Brown University study.

The sharks pull their “shoulder girdles” back, creating the suction required to push food through the back of the mouth and into the digestive tract, said Ariel Camp, a postdoctoral researcher at Brown University and lead author of the study.

“They have this long pharynx, and they have to keep food moving down it,” Camp said. “We think this is part of a ‘hydrodynamic tongue.’ Sharks and fishes that don’t have a tongue control the motion of fluid within their mouths to manipulate food.”

Bamboo sharks are among several species that use suction to slurp up prey out of rocky crevices or silt, Camp said. Opening their mouths widely and quickly, sometimes using muscles deep in their bodies, can create the suction they need.

The shoulder girdle is not connected directly to the jaws or head, so many scientists suspected it wasn’t involved in suction feeding.

However, the XROMM measured a swing in the shoulder girdle of all three sharks tested while they were eating. Just a fraction of a second after the sharks closed their mouths, the cartilage quickly rotated from head to tail by about 11 degrees.

Camp suspects other suction-feeding sharks move their shoulders the same way. The research may help scientists better understand how the shoulder girdle evolved in sharks and other fish, and could help explain how some creatures eventually made it into land, she added.

“The girdle shows up [in the fossil record], around the time that jaws evolved,” Camp said. “We aren’t sure exactly what structures it evolved from or how that happened. Part of understanding that history is understanding what were the functions this structure had to carry out.”