Sharks are threatened by fishing boats in their natural hunting zones • Earth.com 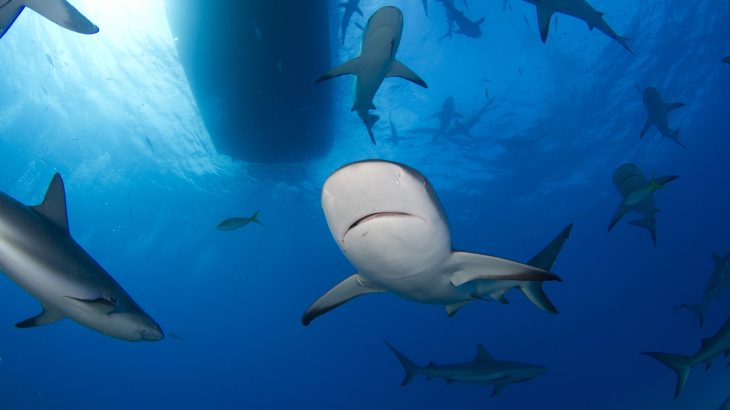 Sharks are threatened by fishing boats in their natural hunting zones

Sharks are often portrayed as bloodthirsty villains of the deep, but they play a crucial role in the food web. As a result, shark declines put the entire marine ecosystem at risk.

The biggest threat to sharks is fishing, particularly the practice of shark finning where sharks are caught, their fins removed, and their carcasses dumped back into the ocean.

A new study, published in the journal Nature, has found that nearly one-quarter of a shark’s natural habitat lies in fishing zones.

The challenges of targeting high-risk areas for sharks on the poorly regulated open ocean has led to significant gaps in shark management and conservation.

To help remedy this, more than 150 researchers from 26 countries reviewed data on sharks and fishing fleets

On average, migrating sharks can spend anywhere between two and six months foraging for prey in high-risk fishing zones, according to the study.

The researchers reviewed tracking data from 1,681 large sharks, and the sharks’ movements were compared to fishing vessel courses.

The researchers focused on longline fishing boats which have fishing gear that easily catch sharks along with other fish.

Several overlap areas were identified in the study, including the Gulf Stream and the Great Barrier Reef, where sharks have a higher risk of being caught and killed by fishermen.

“Currently, little to no protection exists for sharks in the high seas. It’s clear from our study that immediate conservation action is needed to prevent further declines of open-ocean sharks,” said Neil Hammerschlag, a co-author of the study. “These findings are concerning because as top predators, sharks help maintain healthy ocean ecosystems,” said Hammerschlag.

“Our results show major high seas fishing activities are currently centered on ecologically important shark hotspots worldwide,” said Professor David Sims, the leader of the study. “Some of the shark hotspots we studied may not be there in as little as a few years’ time if management measures are not put in place now to conserve the sharks and the habitats on which they depend,” Sims says.