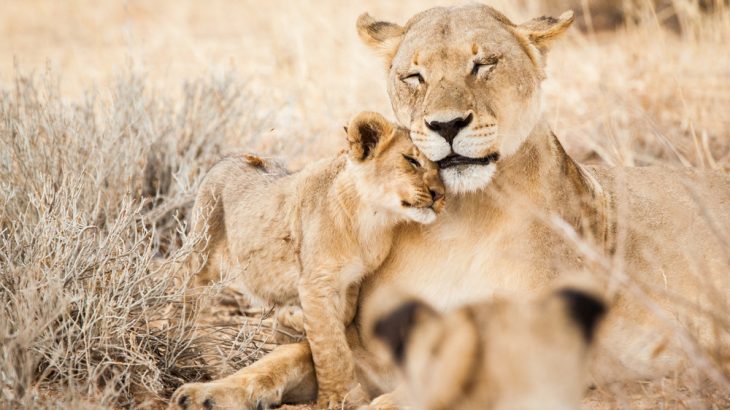 As fans of “Dynasties” tune in to today’s episode, they’ll not only learn about how lioness mothers raise their young. They’ll also learn more about Earth’s shrinking lion populations.

This week’s episode shows how lionesses protect their cubs from male lions and hyenas – but those aren’t the biggest threats to lions’ survival.

“Down from as many as 200,000 lions a century ago, some experts believe that we could now have as few as 20,000 individuals remaining in the wild – and that number is likely to be falling by the day,” Dr. Niki Rust, a postdoctoral researcher, wrote in a review of the episode for The Conversation. “Worryingly, the general public are mostly unaware of their precarious conservation status. We have done a bad job of showing the perilous state of these big cats.”

Without funding for conservation and work by humans, shrinking lion populations may soon lead to extinction, said Rust, a social scientist at Newcastle University and technical advisor in wildlife for the World Wildlife Fund-United Kingdom.

Threats to the lions include habitat loss and loss of prey animals as humans develop rural areas, to farmers killing them to protect livestock, illegal wildlife trade and poaching, and trophy hunting, she said.

There’s no one-size-fits-all solution, she added.

“For instance, for lions that reside alongside people in areas outside national parks, research has shown that it is absolutely vital to reduce the perceived costs of lions to local people, like livestock depredation, while increasing their benefits, such as income from photographic tourism or trophy hunting,” Rust said.

Employing poachers as lion guardians in places like Kenya, Mozambique and Zambia has helped to turn around shrinking lion populations in those countries, reducing killing by up to 99 percent, she said.

Pride Lion Conservation Alliance has brought together five different conservation groups so that they can combine their efforts to protect the wild cats.

But more help is needed – to the tune of $900 million to $2.1 billion for conservation. It’s time for brainstorming to determine how to raise that funding, if people want to protect big cats, Rust said.

“An idea from Sir David Attenborough himself argues that companies that use lions in their marketing should pay for lion conservation. What is abundantly clear is that if we want lions to have a future, we must start stumping up the cash for their conservation,” she said.