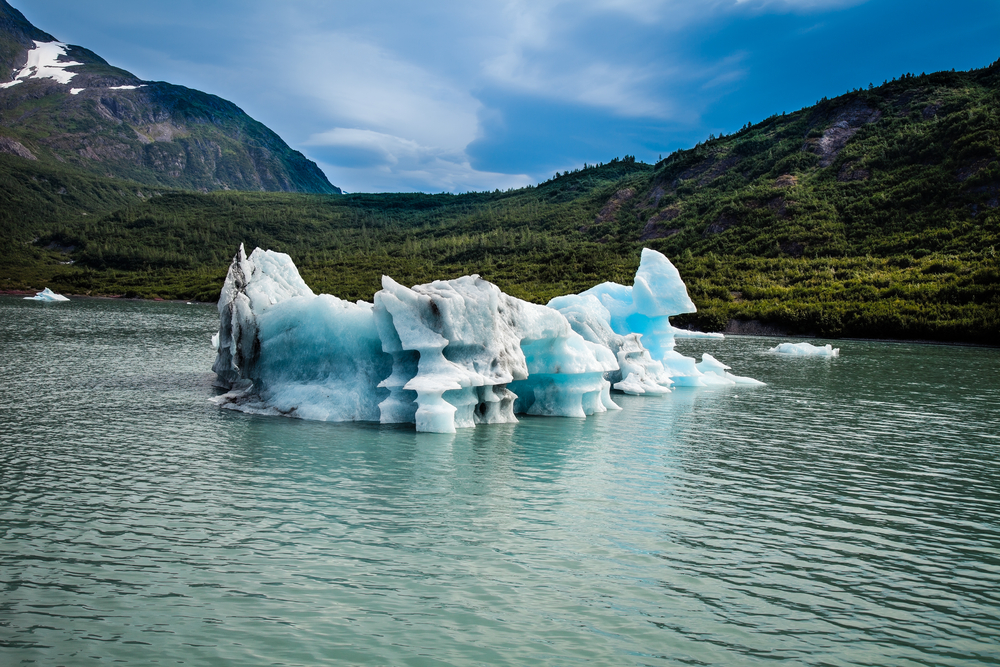 Shrinking polar ice is a growing problem on planet Earth.

In 2016, polar ice loss hit record levels, and that’s not a good thing, scientists said. Combined, the Arctic and Antarctic ice sheets have lost about 1.48 million square miles, about the size of India, according to scientists from the National Snow & Ice Data Center. That’s compared to levels from 1981 to 2010 for this time of year.

In November and December of this year, both Arctic and Antarctic ice were at record lows, the scientists said.

And 2016 has brought a new blip: Antarctica has lost ice.

The glaciers that make up the West Antarctic have been in retreat since at least the 1940s, scientists said, pointing to evidence mined from satellite imagery and observations by scientists with the British Antarctic Survey.

But for years, the ice in the eastern regions of the South Pole continent has expanded, bolstering arguments by climate change skeptics.

This year, however, ice is lower than average on both sides of the continent, the NSIDC reported. Several large areas of open water have been discovered in the ice sheet on the eastern Weddell Sea, as well as in western Antarctic waters.

Scientists also found that glaciers in the west were continuing to melt at a record pace.

As the Southern Hemisphere entered summer, Antarctic ice began melting and glaciers began retreating in the end of August, much earlier than usual, according to the NSIDC.

In the Antarctic, where there is a land mass below the ice, the focus is on glaciers. In the Arctic, it’s on sea ice.

In 2016, seven out of the 12 months saw record lows for average amount of sea ice in the Arctic, according to scientists.

Some climate scientists have connected the loss of sea ice in the Northern Hemisphere to an unstable polar vortex. That instability has brought harsh blasts of frigid air to North America already this year, though the vortex is usually not active until January.

Climate scientists have pointed to a number of possible explanations for 2016’s shrinking polar ice.

One theory, of course, is climate change. A majority of climate scientists believe carbon emissions – such as from greenhouse gases created by human activity – have led to average warmer temperatures worldwide.

As we enter a new year, 2016 is on track to be the hottest year ever recorded, according to the National Oceanic and Atmospheric Administration.

Other influences on the Earth’s shrinking polar ice may have included the El Niño cycle that warmed Pacific Ocean temperatures, as well as some freak natural phenomena like unusual global wind patterns, scientists said.

The shrinking polar ice has had a few positive effects. Researchers have developed new technology to track ice loss, and they have used the data to create new models to predict future climate change. Additionally everyday citizens are more aware of the trends, scientists said.