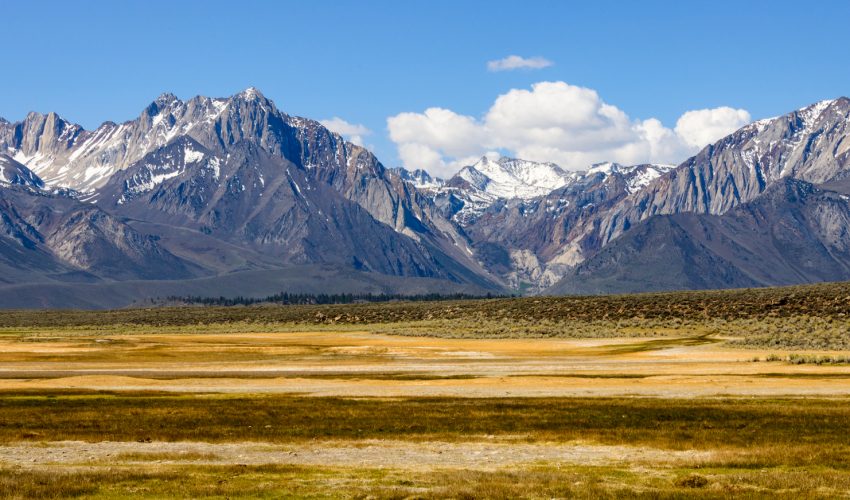 Research from NASA reveals that the Sierra Nevada mountains grew almost an inch taller after losing water from rocks in extreme drought conditions from 2011 to 2015. The total amount of water lost during the record-breaking drought was 10.8 cubic miles, or 45 times the amount of water consumed by Los Angeles in a year.

Study lead author Donald Argus is a research scientist at NASA’s Jet Propulsion Laboratory in Pasadena, California. Argus says the findings of the analysis indicate that “the solid Earth has a greater capacity to store water than previously thought.”

Heavy snowfall and rain in 2016 and 2017 have helped the mountains begin to recuperate, and they have recovered about half the amount of water that was lost. According to the researchers, the mountains have shrunk back down in height by almost half an inch.

The research team took advantage of 1,300 GPS stations located across the Sierra Nevada mountains which were installed to monitor tectonic motion in active faults and volcanoes throughout in the region. These receivers can detect elevation change within a few millimeters.

Using advanced processing methods on data from the GPS stations, the team was able to calculate the amount of height gained by the mountains. The researchers determined that the amount of water lost from fractured mountain rock during the drought and then gained back during heavy precipitation is underestimated by hydrology models.

Study co-author Jay Famiglietti said that the results of the study answered some questions for hydrologists.

“One of the major unknowns in mountain hydrology is what happens below the soil,” said Famiglietti. “How much snowmelt percolates through fractured rock straight downward into the core of the mountain? This is one of the key topics that we addressed in our study.”

Famiglietti explained that approach used in this study will enable hydrologists to further investigate uncertainties about groundwater in the mountains.

“What does the water table look like within mountain ranges? Is there a significant amount of groundwater stored within mountains? We just don’t have answers yet, and this study identities a set of new tools to help us get them.”

The study is published in the Journal of Geophysical Research: Solid Earth. Argus is presenting the research at the 2017 American Geophysical Union fall meeting in New Orleans.