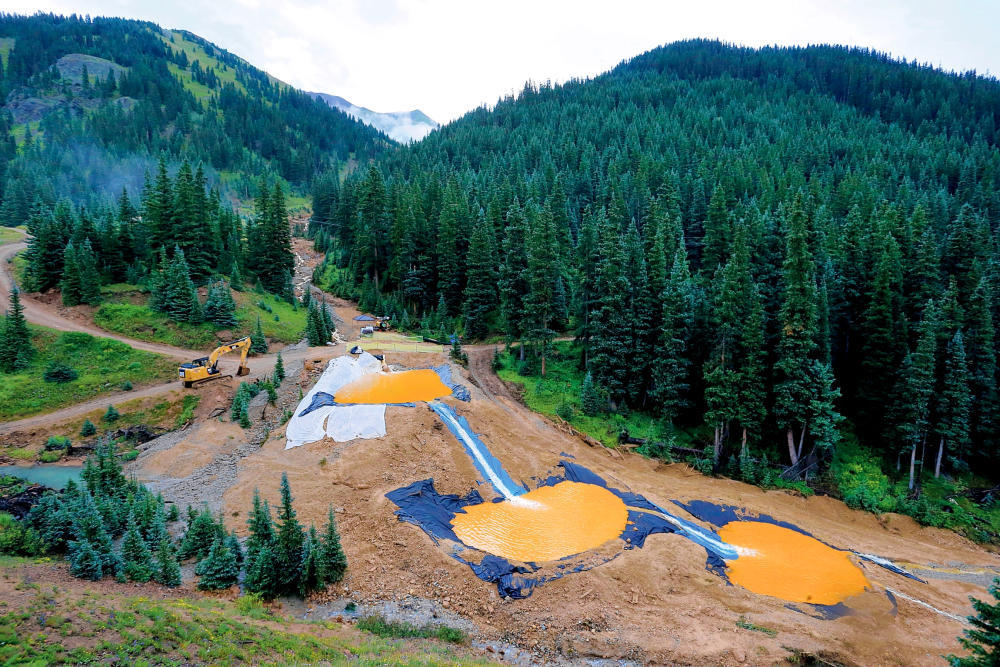 The Colorado town where a toxic mine leak earlier this month unleashed a torrent of heavy metals into Western rivers has decided to change course and request federal disaster funds to clean up the mine.

The Silverton Board of Trustees and the San Juan County Commission approved a joint resolution Monday to seek the money. It’s a reversal for local officials who long feared that designation as a federal Superfund site would harm economic development.

That decision came under fire when the partly collapsed Gold King mine ruptured Aug. 5, spewing 3 million gallons of metal-laced water. The waste entered a creek that feeds major rivers in several Western states.

The U.S. Environmental Protection Agency had pushed for 25 years to grant Superfund status to the Gold King mine and other idled 19th century mines leaking heavy metals above Silverton. Superfund status would have brought in major funds for a comprehensive cleanup.

Local authorities spurned federal intervention, leaving a smaller EPA-led team to investigate a small if steady stream of pollution. That team accidentally breached a debris wall at the mine, unleashing the pool of contaminated water that turned the Animas River yellow.

In the resolution adopted Monday, local officials agreed that 20 years of attempts to clean the mine waste without seeking additional federal disaster help “have not had the necessary financial resources to address every mine site with an environmental issue.”

“We recognize that this is a regional problem and that it starts in our neighborhood,” Willy Tookey, chair of the San Juan County Commission, said in a statement after the vote.

The resolution also notes that there are no active mining operations in the Upper Animas River Basin to be held financially responsible for the cleanup.

The resolution does not expressly seek Superfund designation. But the resolution leaves that option on the table.

In Washington Tuesday, congressional members investigating the spill criticized the EPA for missing a deadline to turn over some documents.

“This information matters to the many Americans directly affected in Western states, who are still waiting for answers from the EPA,” said Texas Republican Rep. Lamar Smith, who leads the House Science, Space and Technology Committee.