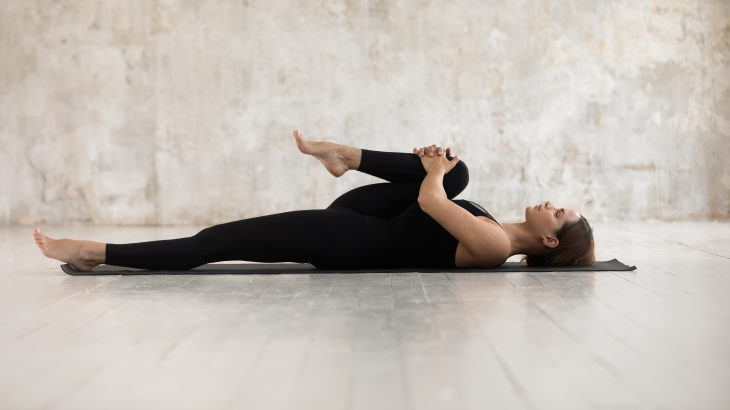 In a new study published by The Physiological Society, experts report that leg stretches can lower your risk of diabetes and heart disease. The study shows that 12 weeks of simple, passive stretches promote dilation of the arteries, which decreases their stiffness and improves blood flow.

Passive stretching (PS) involves another person or the force of gravity stretching you. During active stretching, on the other hand, you stretch yourself.

The changes observed in blood vessels after weeks of passive stretching could help protect against serious conditions like heart disease, the leading killer of men and women worldwide.

“This new application of stretching is especially relevant in the current pandemic period of increased confinement to our homes, where the possibility of performing beneficial training to improve and prevent heart disease, stroke and other conditions is limited,” said study co-author Emiliano Ce.

For the investigation, participants were assigned to one of two groups: a group that performed leg stretches 5 times a week for 12 weeks and a control group that did not practice stretching.

The researchers analyzed the effect of passive stretching on the blood flow and found that the arteries in both the lower leg and upper arm had increased blood flow and dilation when stimulated, as well as decreased stiffness.

These improvements could prevent heart disease, stroke and diabetes, which are characterized by changes in blood flow control due to impaired vascular function.

If the results are replicated in patients with vascular disease, passive stretching may ultimately serve as a new drug-free treatment for improving vascular health and would be particularly beneficial for people with limited mobility.

“Improvement in blood pressure, arterial stiffness and vascular function was noted in the arteries of the body parts directly and not directly involved in PS training of the lower limbs,” wrote the study authors. “Blood pressure was decreased, central and peripheral arterial stiffness was reduced, and vascular function was increased after 12 weeks of PS training.”

The research is published in The Journal of Physiology.