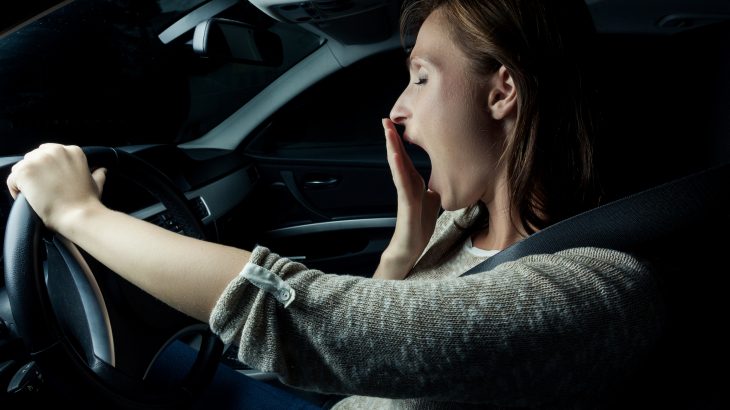 Driving while sleep-deprived has been found to be just as dangerous a driving drunk, with one traffic safety report finding that driving on less than five hours of sleep is the same as driving with a blood alcohol content above the legal limit.

Fatigued and drowsy drivers are not as alert, and in the U.S. around 16 percent of fatal car crashes involve sleep deprived or drowsy drivers.

A new study conducted by researchers from the AAA Foundation for Traffic Safety shows just how much sleep deprivation increases the risk of being involved in or responsible for a crash.

The study, published in the journal Sleep, is the first peer-reviewed study of its kind to clarify how sleeping less than 7 hours increases car crash risk.

Sleeping less than 7 hours a night (less than the minimum recommended amount) correlated with a much higher chance of a driver being responsible for a crash.

The researchers collected data from a previous study conducted by the U.S. Department of Transportation which involved in-depth investigations of 5,470 crashes. The data also included interviews with the drivers involved in the accidents.

If a driver reported sleeping less than 4 hours in the in the preceding 24 hour period, the researchers found that it increased the risk of being responsible for car crashes by 15.1 times.

Driving less than 4 hours of sleep also increased the risk of single-vehicle crashes which the researchers say is more likely to result in injury or death.

The researchers also found that it wasn’t just sleep deprivation that impacted driver alertness, as there was also an increased risk of being involved in a crash for drivers that had changed their schedule or driven for long periods without a break.

“Being awake isn’t the same as being alert. Falling asleep isn’t the only risk,” said Brian Tefft, the author of the study. “Even if they manage to stay awake, sleep-deprived drivers are still at increased risk of making mistakes — like failing to notice something important, or misjudging a gap in traffic — which can have tragic consequences.”