"Sleeping giant" could choke out oxygen on the ocean floor • Earth.com 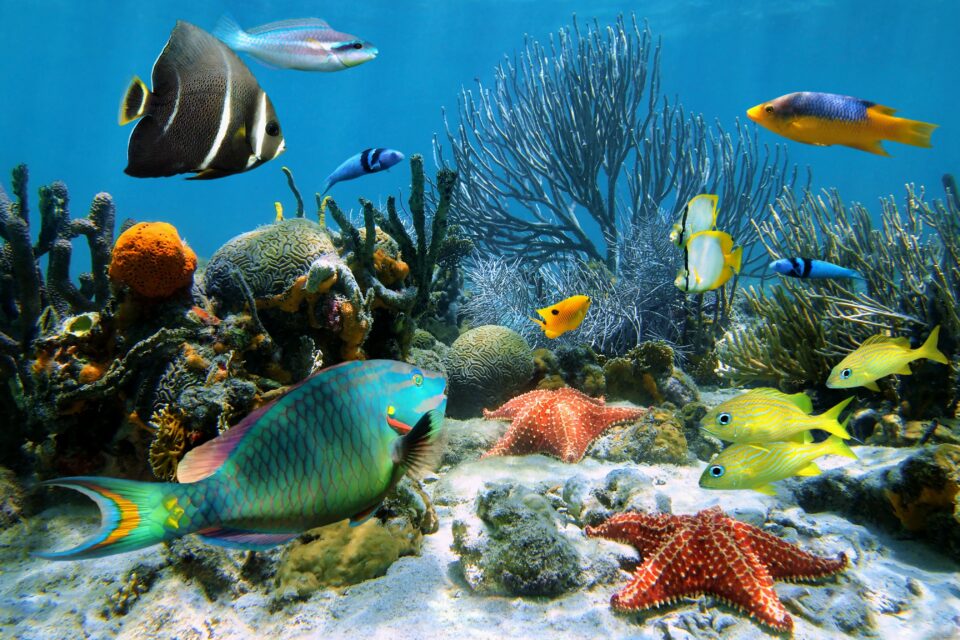 "Sleeping giant" could choke out oxygen on the ocean floor

The location of continental plates affects how the ocean moves oxygen around. Continental movement could have the opposite effect, choking out marine oxygen killing most deep ocean creatures. These are the findings of a new study on oceanic oxygen.

“Continental drift seems so slow, like nothing drastic could come from it, but when the ocean is primed, even a seemingly tiny event could trigger the widespread death of marine life,” said study co-author Andy Ridgwell, a geologist at UC Riverside.

The water at the ocean’s surface becomes colder and denser as it approaches the north or south pole, and then it sinks. As the water sinks, it transports oxygen from Earth’s atmosphere down to the ocean floor.

Eventually, a return flow brings nutrients released from sunken organic matter back to the ocean’s surface, fuelling the growth of plankton. This function supports the incredible diversity of fish and other animals in today’s ocean.

For the study, the researchers investigated whether the location of continental plates affect how the ocean moves oxygen around. To their surprise, it does.

“Many millions of years ago, not so long after animal life in the ocean got started, the entire global ocean circulation seemed to periodically shut down,” said Ridgwell. “We were not expecting to find that the movement of continents could cause surface waters and oxygen to stop sinking, and possibly dramatically affecting the way life evolved on Earth.”

The results show that collapse in global water circulation leads to a separation between oxygen levels in the upper and lower depths. For tens of millions of years, that separation caused the entire ocean seafloor to lose oxygen. This changed 440 million years ago at the start of the Silurian period.

“Circulation collapse would have been a death sentence for anything that could not swim closer to the surface and the life-giving oxygen still present in the atmosphere,” said Ridgwell. Creatures of the deep include bizarre-looking fish, giant worms and crustaceans, squid, sponges and more.

It is unknown whether the Earth could experience a similar event in the future. Existing climate models confirm that increasing global warming will weaken ocean circulation, and some models predict an eventual collapse of the branch of circulation that starts in the North Atlantic.“We’d need a higher resolution climate model to predict a mass extinction event,” said Ridgwell.

In theory, an unusually warm summer or the erosion of a cliff could trigger a cascade of processes that upends life as it appears today.

“You’d think the surface of the ocean, the bit you might surf or sail on, is where all the action is. But underneath, the ocean is tirelessly working away, providing vital oxygen to animals in the dark depths,” explained Ridgwell.

“The ocean allows life to flourish, but it can take that life away again. Nothing rules that out as continental plates continue to move.”