Snailfish have a secret weapon to survive in frozen Arctic waters • Earth.com 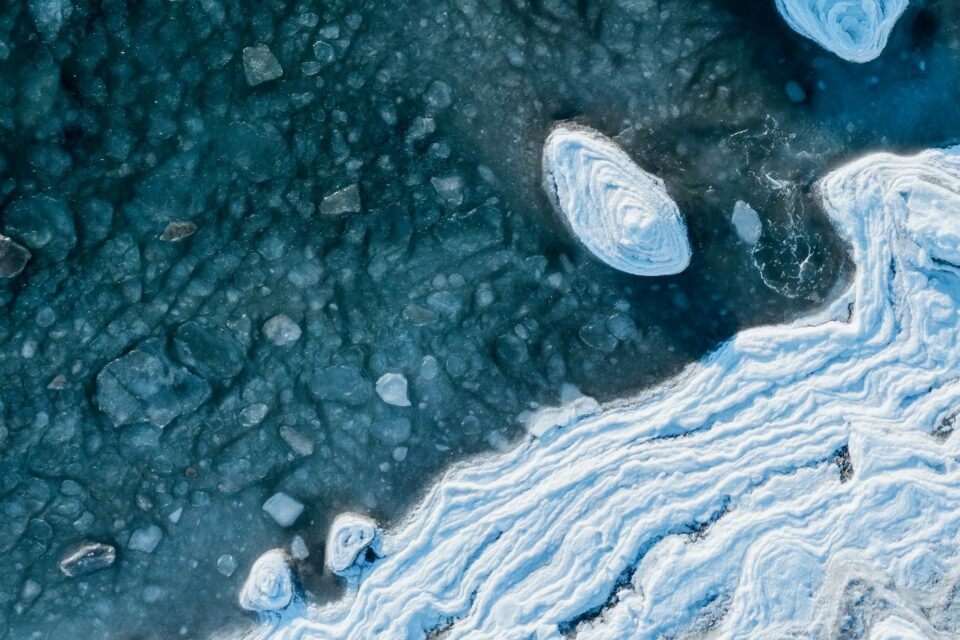 There are not many species of birds or mammals that inhabit the Arctic, but those that do can keep their body temperatures above the icy cold of the environment around them. Fish, on the other hand, do not have this luxury. Their body temperatures are as cold as the Arctic waters around them, which can sometimes be below freezing point. They have to make use of a special adaptation in order to prevent their cells from freezing at these very low temperatures.

Fish cannot survive the freezing of their body fluids, and they make use of special proteins, made primarily in the liver, that effectively lower the freezing point of fluids in their bodies. These antifreeze proteins also bind to existing ice crystals in the body fluids and prevent them from growing any bigger. The ability of Arctic and Antarctic fish to make these specialized proteins was discovered nearly 50 years ago, but new research in the icy waters off Greenland has revealed just how high the concentrations of these proteins can be.

The research, led by scientists at the American Museum of Natural History and the City University of New York (CUNY), focuses on small snailfish, Liparis gibbus, that inhabit the ocean depths around the Arctic. The snailfish can be found in the waters of Alaska, Canada and Greenland. Previous research on this species had shown that it is capable of biofluorescence, and glows red and green even though it lives habitually in the darkness. In addition to displaying this property, it also had high concentrations of antifreeze proteins in its body fluids.

“Similar to how antifreeze in your car keeps the water in your radiator from freezing in cold temperatures, some animals have evolved amazing machinery that prevents them from freezing, such as antifreeze proteins, which prevent ice crystals from forming,” said David Gruber, a research associate at the Museum and a distinguished biology professor at CUNY’s Baruch College. “We already knew that this tiny snailfish, which lives in extremely cold waters, produced antifreeze proteins, but we didn’t realize just how chock-full of those proteins it is – and the amount of effort it was putting into making these proteins.”

Gruber and co-author John Sparks, a curator in the Museum’s Department of Ichthyology, decided to investigate the antifreeze proteins of the snailfish after discovering its unusual ability to biofluoresce during a previous research expedition. In 2019, as part of a Constantine. S. Niarchos Expedition, Sparks and Gruber were exploring the iceberg habitats off the coast of Eastern Greenland when they found a juvenile variegated snailfish glowing in green and red. This phenomenon is rare among Arctic fishes and the snailfish they encountered remains the only polar fish reported to biofluoresce.

While investigating the biofluorescent properties of the snailfish, the researchers also found two groups of genes that encode for the production of antifreeze proteins in this species of fish. Notably, these snailfish genes have the highest levels of expression of antifreeze proteins ever observed, indicating their importance in a species that survives in freezing conditions most of its life. In addition, the authors question how this adaptation may affect the survival of snailfish as the oceans warm in the foreseeable future.

“Since the mid-20th century, temperatures have increased twice as fast in the Arctic as in mid-latitudes and some studies predict that if Arctic sea ice decline continues at this current rate, in the summer the Arctic Ocean will be mostly ice-free within the next three decades,” Sparks said.

“Arctic seas do not support a high diversity of fish species, and our study hypothesizes that with increasingly warming oceanic temperatures, ice-dwelling specialists such as this snailfish may encounter increased competition by more temperate species that were previously unable to survive at these higher northern latitudes.”

The study is published in the journal Evolutionary Bioinformatics.