Slithering snakes bounce off of obstacles like light waves • Earth.com 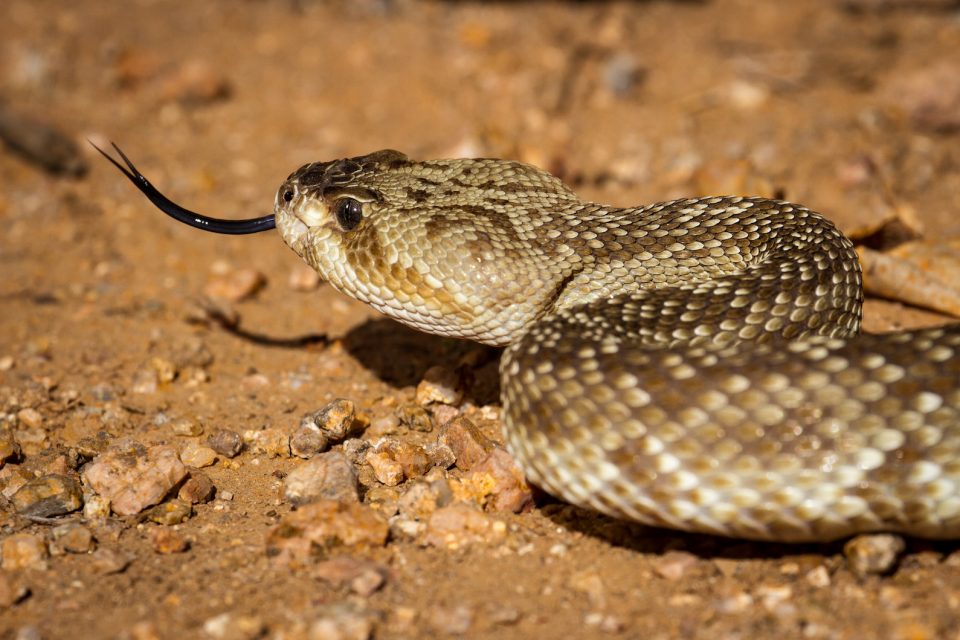 Slithering snakes bounce off of obstacles like light waves

When desert snakes encounter an obstacle, they bounce off the barrier and change direction like light waves.

The s-shape slithering of a snake is a familiar sight, and researchers from the Georgia Institute of Technology examined this sinusoidal wave-like movement to better understand how limbless snakes deal with obstacles they can’t see.

After setting up a test arena on shag carpet to mimic the sandy conditions of a desert, the researchers observed snakes as they slithered through a set of six pegs to determine how the snake interacted with obstacles.

The team found that the snake moved similarly to light waves after diffracting or bouncing off of an obstacle and separating into separate beams of light.

A snake will not deliberately change course if it encounters an obstacle but instead passively bend with the obstacle and shift direction.

“The idea behind passive dynamics is that there are waveform shape changes being made by the animal that are driven entirely by the passive properties of their bodies,” said Perrin Schiebel, the lead author of the study. “Instead of sending a signal to activate a muscle, the interaction of the snakes’ bodies with the external environment is what causes the shape change. The forces of the obstacles are pushing the snake bodies into a new shape.”

The researchers recorded 253 snake trips to determine and model a pattern in the snakes’ movements. 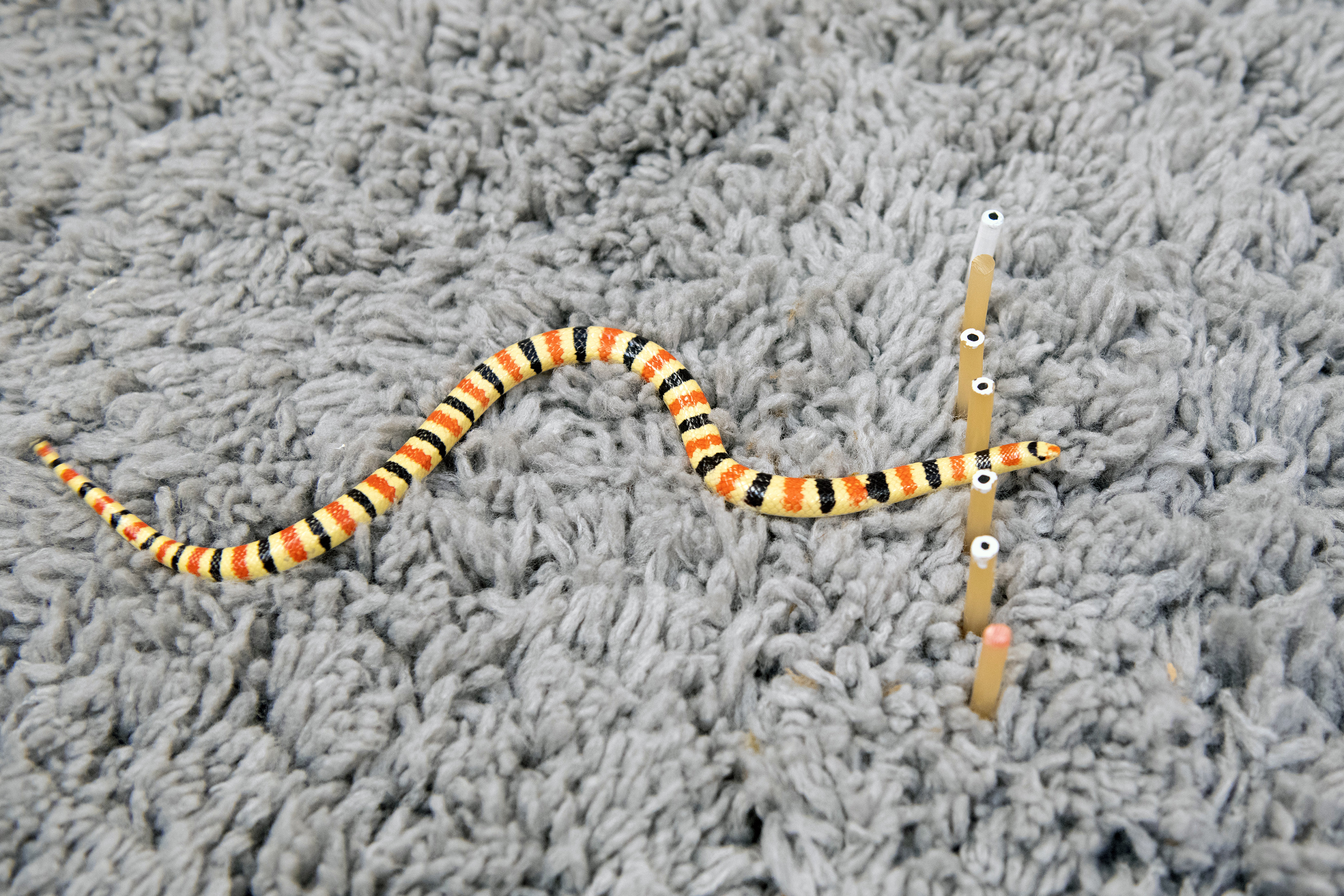 The snakes were released one and time and temporarily blindfolded using harmless face paint, and for each trip, the researchers nudged the snakes through the pegs. When the snake encountered a peg, it didn’t move in a straight line but continued through the shag carpet in a waveform, exiting the pegs at a different angle.

“When we put the snakes down in the arena, they started moving using the same waveform they use on desert sand,” said Schiebel. “They would then encounter the dowel grating, pass through it, and continue on the other side still using that waveform.”

“We think the snake is essentially operating in a model that control engineers would consider ‘open loop,’” said Daniel Goldman, a member of the research team. “It is setting a particular motor program on its body, which generates the characteristic wave pattern, and when it collides with the obstacle, its body mechanics allow it to deform and move the posts without degrading its speed.”

The results, published in the journal Proceedings of the National Academy of Sciences, could have important implications for improving autonomous robots designed to move through complex environments.

“One problem with robots moving in the real world is that we don’t yet have principles by which we can understand how best to control these robots on granular surfaces like sand, leaf litter, rubble or grass,” said Goldman. “The point of this study was to try to understand how limbless locomotors, which have long bodies that can bend in interesting ways using potentially complicated neuromechanical control schemes, manage to move through complicated terrain.”

The researchers say the engineers could use the passive movements of snakes to develop snake-like robots that can easily maneuver through obstacles.

“We think that our discoveries of the role of passive dynamics in the snake can facilitate new snake robot designs that will enable them to move through complex environments more fluidly,” said Goldman. “The goal would be to build search and rescue robots that can get into these complex environments and help first responders.”