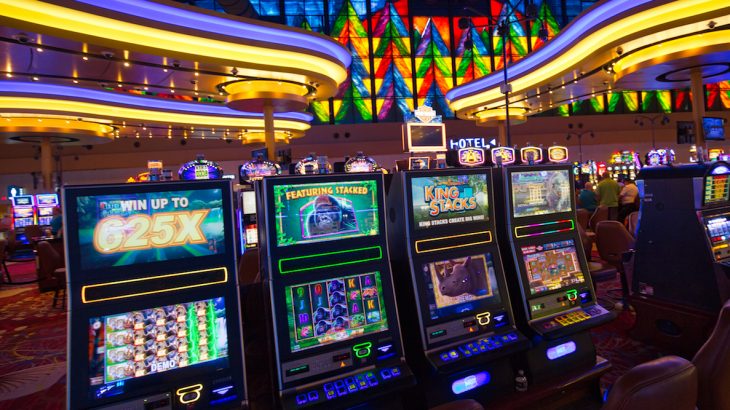 The bright lights, bells, and whistles of slot machines may be influencing players to take more risks, a new study has revealed.

Researchers from the University of British Columbia examined how audiovisual feedback paired with a reward promotes risk-taking and gambling.

The study was published in the journal JNeurosci and the results shed light on how slot machines can support unhealthy gambling addictions.

Previously, studies have found that for animals, sensory cues paired with a reward increased risk-taking behavior, and the researchers expanded on this theory to see if humans would have similar responses to sensory reward-paired cues.

53 men and 78 women took part in the study, and the researchers had the participants complete two lottery tasks that involved both uncertainty and risk.

First, the participants played a game used in many research studies, the Iowa Gambling Task.

Each player in the Iowa Gambling Task is presented with four decks and can randomly choose a card from whatever deck they want.  Each time a player clicks on a deck, they’ll either win or lose money and the goal of the game is to earn as much as possible.

The second test was a two-choice lottery task, and for each task, the participants played with a cued version that had audiovisual feedback and one without cues.

The participants were also more engaged when there were sensory cues paired with high rewards and less sensitive to the odds of winning the tasks.

Risk-taking behavior and addiction go hand in hand, and the study shows how impactful audiovisual cues are in promoting risky choices and gambling.