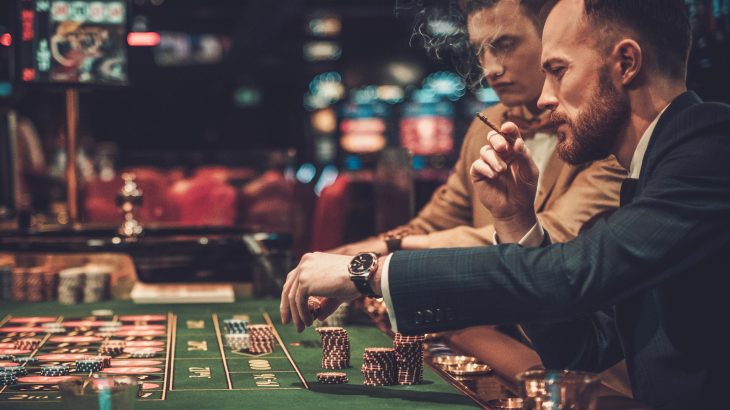 A new study examining what neural mechanisms influence risk-taking behavior in monkeys has led to new insights about how risks and rewards are evaluated in the brain.

Researchers from John Hopkins University conducted the study which was published in the journal Current Biology.

The results point to a specific area in the brain that drives risk-taking, and could one day help with treatments for risky behavior and addiction in humans.

“People think risk attitude is always the same for individuals, but behavior researchers have found this isn’t true – a person can be risk-averse for some things but inclined to risk in others, like someone who saves a lot of money but also skydives,” said Veit Stuphorn, a co-author of the study.

Two rhesus monkeys were trained to gamble by taking bets against a computer for rewards of drinks of water. There were big bets that had higher payoffs, and smaller bets with more of a chance to win.

The researchers found that the monkeys were big risk takers and preferred taking the bets with the biggest payoff.

The researchers found that the monkeys seemed to simply enjoy the excitement of the win and so the higher reward was more appealing, even if the monkeys weren’t thirsty.

“The monkeys should rationally choose the 3 milliliters, but they always went with the riskier option,” said Xiamomo Chen, the lead author of the study. “They’re like people who like to go to Las Vegas to play the slots, where there’s a very high reward but a very low chance of winning it.”

An area of the prefrontal cortex of the brain called the supplementary eye field was identified as the main region that influences risk-taking behavior, and the researchers suppressed this area in the monkeys.

When this region of the brain was temporarily inactivated in the monkeys, it drastically reduced the high-risk gambling preferences and the monkeys were 30 to 40 percent less likely to take risky bets.

“This was truly unexpected, to find a brain section so specifically tied to risk attitude,” said Stuphorn. “The monkey’s preference markedly changed from really liking risk to liking it much, much less.”

What was interesting was that suppressing this part of the brain didn’t affect the monkeys’ ability to gamble or their memory of previous wins and losses. The monkeys were simply less likely to choose the risky bets with higher rewards.

The researchers say that future studies could help improve our understanding of the neural mechanisms that drive risk-taking behavior in humans and create new treatments for addiction and risky behaviors.