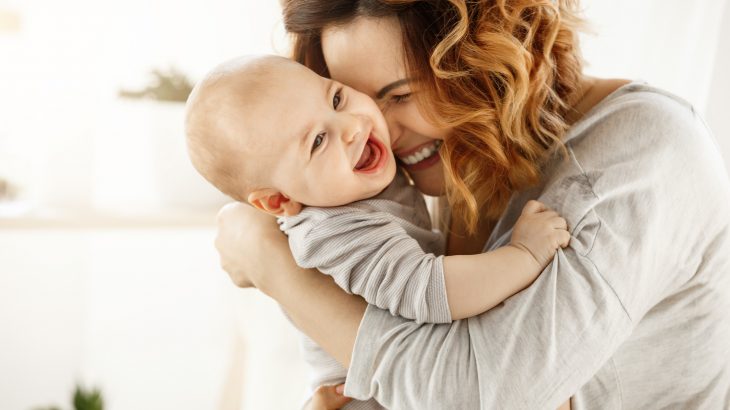 Small babies laugh the same way that nonhuman primates do

Researchers have identified a key difference in the way that babies and adults laugh. The experts found that babies laugh not only when they exhale, but also as they inhale, which is a behavior that has been observed among chimpanzees and other nonhuman primates.

A research team led by Professor Disa Sauter of the University of Amsterdam obtained audio clips from online videos that featured babies laughing as they engaged in playful interactions. The audio recordings, which included 44 infants and children between 18 months and three years old, were analyzed by over 100 psychology students.

The listeners were asked to evaluate the extent to which the laughter in each recording was produced during an inhale versus an exhale.

The study revealed that the youngest babies commonly laughed during both inhalation and exhalation, which is also the case for nonhuman primates. On the other hand, the older babies mainly laughed while exhaling, just like older children and adults.

“Adult humans sometimes laugh on the inhale but the proportion is markedly different from that of infants’ and chimps’ laughs. Our results so far suggest that this is a gradual, rather than a sudden, shift,” said Professor Sauter. She explained that the transition does not appear to be linked to any particular developmental milestones.

Humans are the only primates that reserve laughter for exhalation, and the reason for this is not yet known. According to Professor Sauter, one possible explanation is that the behavior results from the vocal control that is developed as humans learn to speak.

The researchers are currently investigating a potential link between the amount of laughter produced upon inhalation and exhalation. They are also studying the various reasons that individuals laugh, which also changes with age.

“Beyond that, I’d be interested in seeing whether our findings apply to other vocalizations than laughter,” said Professor Sauter. “If we know what normally developing babies sound like, it could be interesting to study infants at risk to see whether there are very early signs of atypical development in their nonverbal vocalizations of emotion.”

The research will be presented by Professor Sauter at the Acoustical Society of America’s 176th Meeting in Victoria, Canada.