Small bees have a big impact on tree reproduction • Earth.com 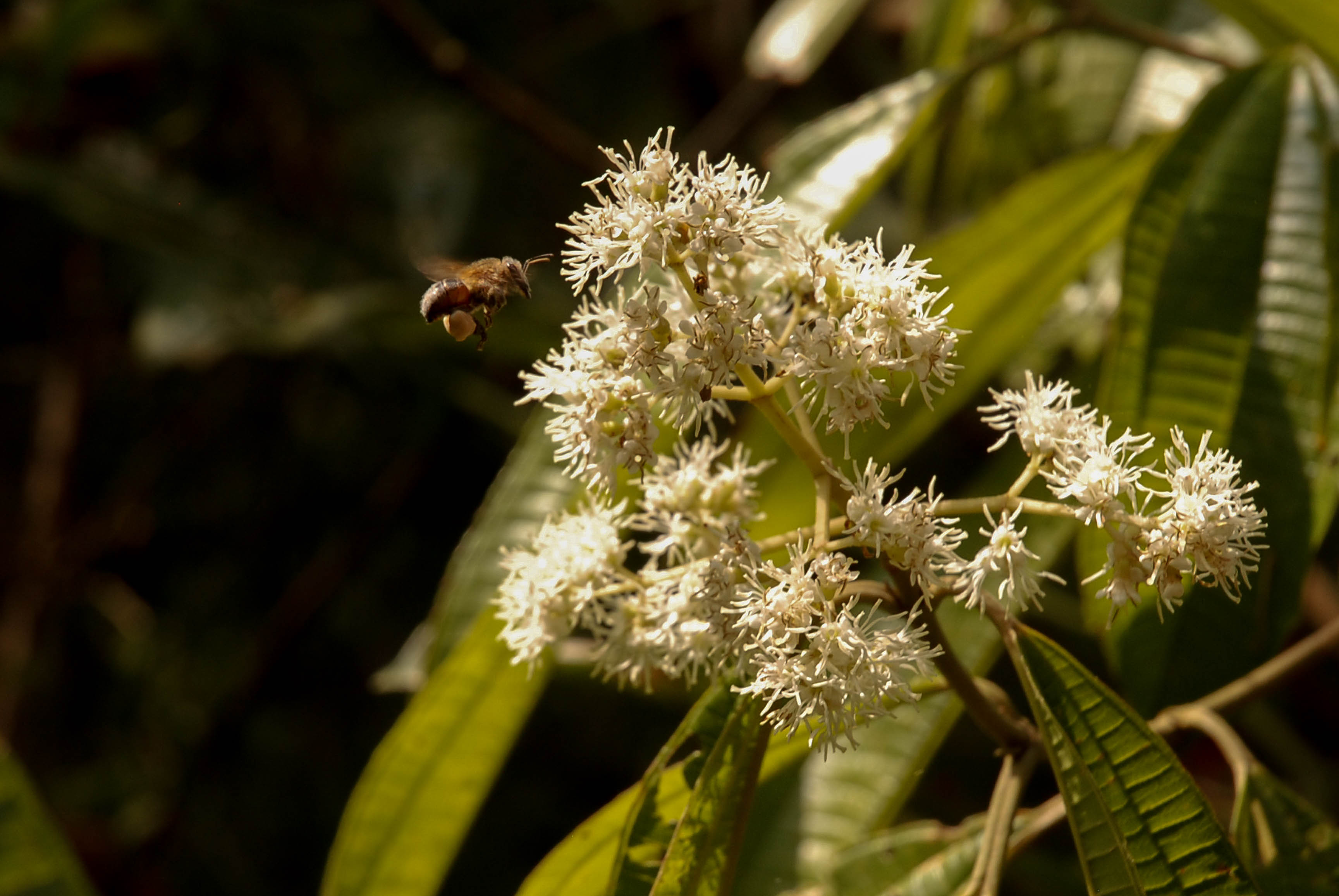 Small bees have a big impact on tree reproduction

As a result of one of the most detailed paternity tests ever conducted in wild trees, scientists have discovered that tiny pollinating bees play matchmaker across long distances. The bees promote the genetic diversity needed for trees to survive disease, climate change, and other threats.

Researchers at The University of Texas at Austin examined the routes taken by hundreds of bees to and from trees that they pollinated across a forest spanning over 2.5 miles. The study revealed that the smallest bees were able to travel every bit as far as the larger bees, often pairing trees that were separated by over a mile.

The researchers ultimately determined that in half of cases when paired trees existed a significant distance apart, the pollen had been carried by a bee no bigger than a grain of rice.

The research took place over four years in a tropical rainforest near the Panama Canal. The area of observation was about 10 times the size of previous studies conducted to evaluate the pollinating patterns of bees.

“If you work in a small portion of forest, you’re only capable of measuring pollen movement in a small area,” said Jha. “We picked up the signal about how far these little bees move because we started doing work that was commensurate with the scale at which they’re actually flying.”

“We haven’t traditionally asked how pollinators influence the way genes are passed on across generations, but it’s incredibly important for long-term population persistence,” said Jha. “We typically look at seeds or the number of seeds when we want to know a bee’s role in pollination service, but not ‘who are the fathers of these seeds?’ “

Jha explained that knowing the parents of any given plant is essential not only for a better quantity of plants and crops but also for better quality. She hopes that the new research will show how even the smallest pollinators can provide the optimal conditions for plant reproduction and reforestation.

The study is published this week in the Proceedings of the National Academy of Sciences.

Image Credit: Antonio Castilla, The University of Texas at Austin