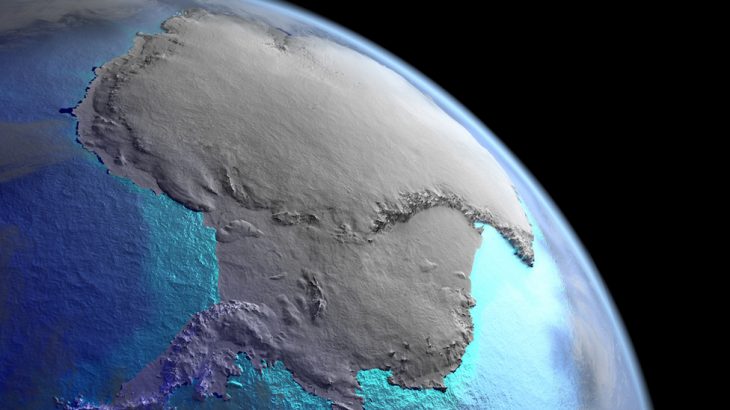 Snowfall in Antarctica has helped buffer against sea level rise

Both Antarctica and the Arctic are losing ice quicker than they are gaining it, and much of the melting happening in the poles due to climate change is driving sea level rise.

Researchers from NASA’s Goddard Space Flight Center recently discovered that snowfall in the Antarctic has helped buffer sea level rise in the past, but it’s not a reliable trend we can count on for the future.

The study, published in the journal Nature Climate Change, shows that although Antarctica gained some of its ice mass back from increased levels of snowfall during the 20th century, it only makes up for about a third of current ice loss on the continent.

“Our findings don’t mean that Antarctica is growing; it’s still losing mass, even with the extra snowfall,” said Brooke Medley, a glaciologist and lead author of the study. “What it means, however, is that without these gains, we would have experienced even more sea level rise in the 20th century.”

Measuring snowfall in Antarctica is no easy feat, and only a few weather stations have been built there. Satellites are even less helpful because they can’t differentiate recent snowfall with snow that’s already on the ground.

To get a clearer picture of snowfall through the years, researchers turn to ice cores. However, drilling for these cores along Antarctica’s ice sheet is also challenging because of the harsh conditions and the sheer size of the continent.

“Antarctica is bigger than the contiguous United States,” said Medley. “You wouldn’t say that because you’re in New York City and it’s snowing, it must mean that it’s also snowing in San Diego. It’s the same with Antarctica; you can’t just stand in one spot, take one measurement and say ‘okay, I think I have a good handle on all of Antarctica.’ It requires a lot of measurements.”

For this study, the researchers reviewed data from 52 ice cores collected all over Antarctica and three atmospheric reanalysis climate models.

The team compared the ice core snowfall records with the climate models to create an accurate reconstruction of snowfall in Antarctica from 1801 to 2000.

Over the course of the 20th century, the researchers noticed an increase in snowfall by .04 inches per decade and after 1979, this rate increased even more.

The increased snowfall was due to climate change, specifically increases in atmospheric temperature which allowed more moisture to be stored in the atmosphere.

Although the results show that increased snowfall has buffered sea level rise, it won’t be that way for long as the rates of ice loss continue to grow due to climate change.

“The increased snowfall is a symptom of the same changes in atmospheric circulation that are causing the melt of Antarctic ice,” said Medley. “Currently it is helping mitigate ice losses, but it’s not entirely compensating for them. We expect snowfall will continue to increase into the 21st century and beyond, but our results show that future increases in snowfall cannot keep pace with oceanic-driven ice losses in Antarctica.”