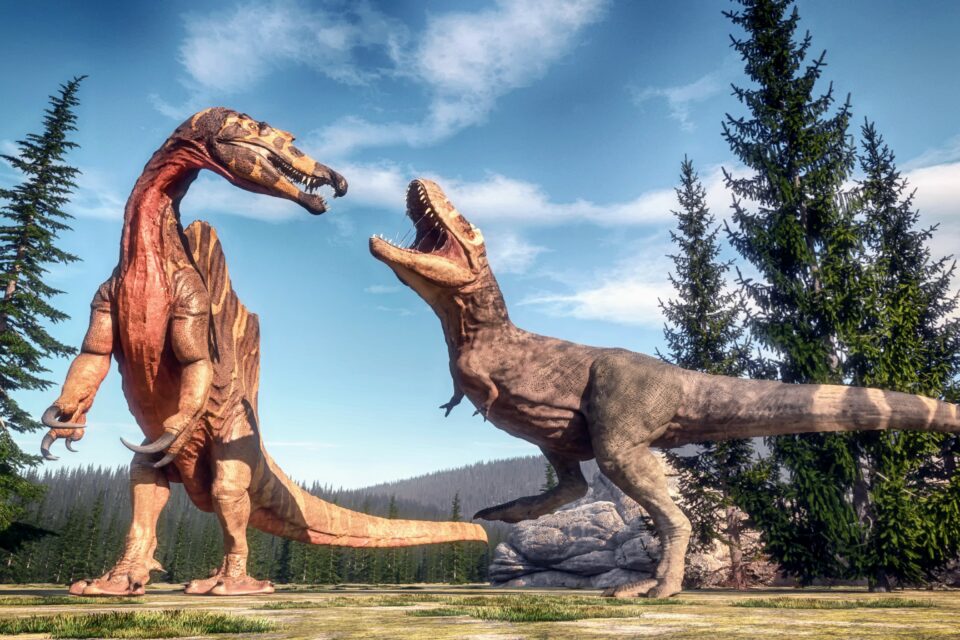 Dinosaurs are often portrayed to have been aggressive and territorial, suggesting that they would generally live in solidarity. However, a new research study has come to a very different conclusion that some of the earliest dinosaurs flourished by living socially within herds.

Whilst past studies have already revealed that some dinosaurs lived in herds during the late stage of the Cretaceous Period, it has never been known exactly how and when this behavior emerged.

The research was carried out within a large fossil site in Patagonia, with fossilized eggs being analyzed with the ESRF (European Synchrotron) tool. The 190-million-year-old nesting ground was discovered in the early 2000s, with scientists discovering skeletons belonging to Mussaurus patgonicus. “Such a preserved site was bound to provide us with a lot of information about how early dinosaurs lived,” explained Diego Pol, the paleontologist who initially discovered the site.

The team used the ESRF tool to analyze 30 fossilized eggs containing embryos. The goal was to confirm whether the eggs were laid by Mussaurus or not. “We use high-energy X-rays to penetrate in the sample without destroying it and get a full view inside it,” explained ESRF scientist Vincent Fernandez.

Ultimately, the high-resolution computed tomography confirmed that Mussaurus embryos were present in some of the eggs. Furthermore,  it was concluded that the fossils belonged to a communal breeding site of a singular dinosaur species, showing that Mussarus would return to the same area (on the dry margins of a lake) to form breeding colonies.

The fossils were not scattered randomly but instead grouped according to their age, demonstrating the strategic grouping of eggs to form schools of young dinosaurs. While adults and subadults were more commonly found in pairs or alone, they were always within one square kilometer of each other.

In order to determine dinosaur age and conclude these results, the ESRF scientists had to cut thin bone samples and scrutinize them under a microscope. “The bones of these dinosaurs grew in annual cycles, much as the tree rings, so by counting the growth cycles we could infer the age of the dinosaur,” explained Pol.

Considering that the Mussaurus species belonged to the first successful family of herbivorous dinosaurs, the research has presented clear evidence that dinosaurs developed strategic and well-organized herd structures over 40 million years before initial estimates.

“These are not the oldest dinosaurs, but they are the oldest dinosaurs for which a herd behavior has been proposed,” said Pol. “Mussaurus belongs to the first successful family of herbivorous dinosaurs, so we postulate that being social and protecting their young together as a herd may have been part of the reason these long-necked dinosaurs were so common in all continents.”