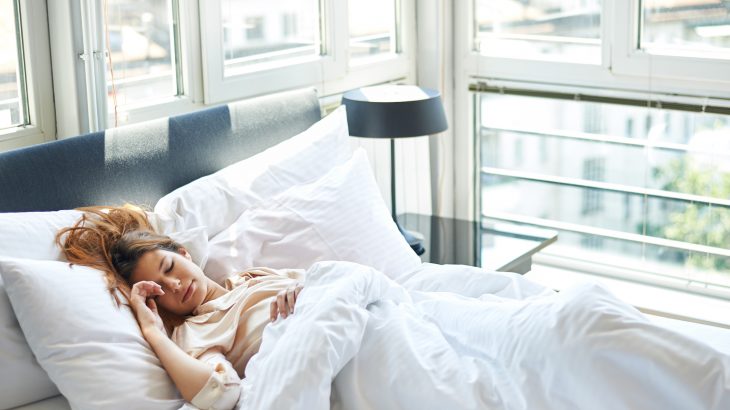 Do you find yourself regularly sleeping in later on the weekends and then, when Monday comes around, you feel tired and not able to adjust back to your early work schedule?

If the answer is yes, then you’re one of the many people who suffer from social jet lag. Social jet lag describes the mismatch between a person’s internal clock and their daily schedules.

Social jet lag is most prominent on the weekends when people sleep in, and studies have shown that social jet lag can increase the risk of heart disease, fatigue and is associated with moodiness and poor health.

Researchers from the University of Chicago found a way to measure social jet lag across the United States by using Twitter to monitor sleep/wake schedules.

The researchers published their findings in a study in the journal Current Biology.

The social media platform also provided a large database and sample of people. The researchers collected Twitter data from 1,500 US counties from the 2012-2013 calendar year.

Overall, the study included tweets from 240,000 people, and the researchers were able to track Twitter activity changes from season to season and county to county.

Low periods of Twitter activity were linked to sleep patterns, and Twitter users were more active later in the evening on weekends than on weekdays which is a key marker of social jet lag.

“When we look at how social jet lag changes throughout the year, we find that the dominant effect by far is the social calendar,” said Michael Rust, a co-author of the study. “It suggests that humans in modern societies, at least people who used Twitter in 2013-2014, have biological rhythms that are somewhat disconnected from the changing hours of sunlight throughout the year.”

Twitter activity and social jet lag varied depending on the season and geographic location. The researchers found that Twitter users on the west coast experience less social jet lag compared to other parts of the country.

February saw the largest amount of users with social jet lag and the researchers say this confirms the idea that our daily schedules and social commitments have more of an influence on social jet lag than seasonal changes.

The study provides an important new framework for studying social jet lag and confirms what other smaller-scale studies and observations had found.

Having a consistent bedtime and being aware of the needs of your internal body clock are both important in reducing the impacts of social jet lag. The researchers next hope to find a way to develop methods for helping people learn about their individual circadian rhythms.