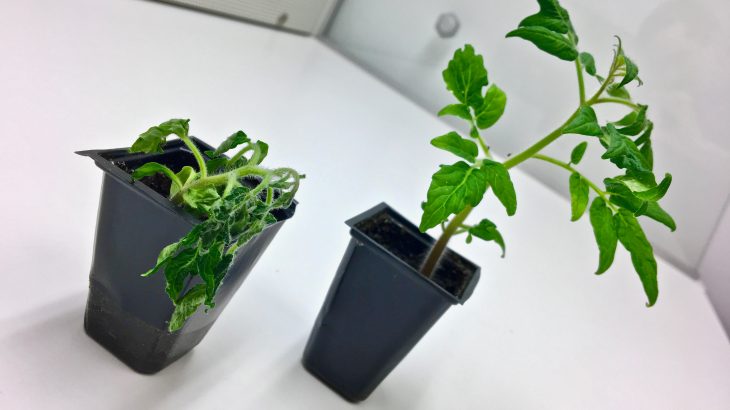 Soil transplants could be the key to building up disease resistance in vegetable crops, new research suggests.

Bacterial wilt disease, which is caused by the pathogen Ralstonia solanacearum, can infect several plant species including tomato and potato crops. In China, Indonesia, and Africa, the disease had led to severe economic losses.

One mysterious aspect of the disease is that it can leave some plants perfectly healthy and infect others nearby. Like a patchy but aggressive rash, bacterial wilt doesn’t affect the whole crop but instead seems to pick and choose which plants to attack.

Researchers from the University of York along with an international team of collaborators from China and the Netherlands wondered if this patchiness had anything to do with the soil and whether certain microbes were protecting the plant from infection.

“Even though we have discovered that the pathogen is present everywhere in tomato fields, it is not capable of infecting all the plants,” said Dr. Ville Friman, a member of the research team. “We wanted to understand if this spatial variation could be explained by differences in soil bacterial communities.”

By repeatedly sampling individual plants before and after disease symptoms started to manifest, the researchers were able to compare healthy and infected plant microbiomes.

Rare pathogen-suppressing bacteria were present in the microbiomes of the healthy plants that resisted infection, showing potential pathways for improving disease resistance in crops worldwide.

“We found that improved disease resistance could be transferred to the next plant generation along with the soil transplants analogous to faecal transplants used in medicine,” said Dr. Friman. “Our results show that it is important to focus not only the pathogen but also the naturally-occurring beneficial micro-organisms present in the rhizosphere.”

The researchers are working on testing different microbes to see which ones could be used to make a soil “probiotic” that adds healthy bacteria to the soil.