Solar energy use is on the rise as costs continue to drop • Earth.com 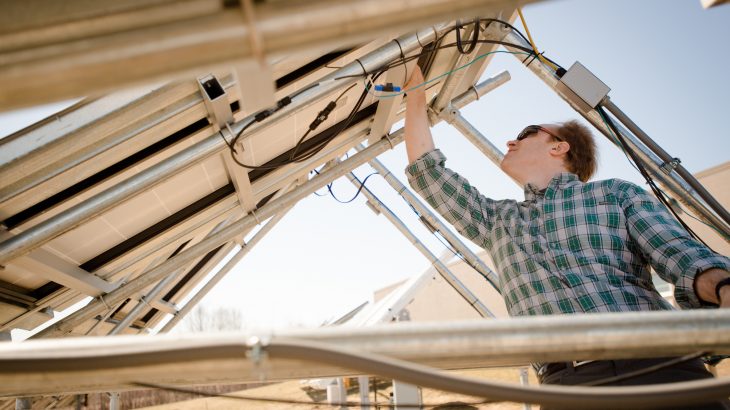 Researchers at Michigan Technological University have found that changing the type of silicon used in solar cells can reduce production costs by more than 10 percent.

Joshua Pearce is a professor of Material Sciences and Electrical Engineering and a co-author of the study. He explained that solar energy is the fastest growing energy source and that costs are already comparable to conventional forms of electricity. An additional ten-percent drop could drive this progression even more.

“Those needles grab the light and don’t let it get away. It’s like looking into the eyes of Darth Vader,” said Professor Pearce.

In addition, scientists at Aalto University discovered in a previous study that when black-Si is treated with an appropriate atomic layer deposition (ALD) coating, the surface defects that could hurt electrical performance are mitigated.

It has been commonly assumed that the cost of black-Si cells from dry etching and ALD are too expensive for practical use.  Professor Pearce said that, in this industry, “margins are extremely tight” and there is a push for the lowest costs possible.

The results of the current study, however, came as a surprise. While the production of individual black-Si passive emitter rear cells (PERC) were found to be between 15.8 and 25.1 percent more expensive compared to the production of conventional cells, the efficiency gains combined with the use of the less-expensive multicrystalline silicon actually outweighed those extra costs. Overall, the cost per unit power dropped by 10.8 percent.

“This study points to where the future is going to go in PV manufacturing and what countries might want to do to give themselves a competitive advantage.”

The research is published in the journal Energies.