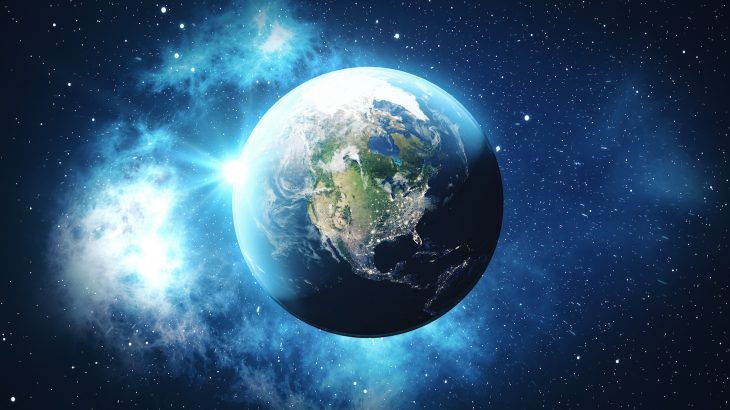 Geologists can use this astronomical clock to study major climate variation like the changes in the Earth’s orbit that helped bring about the ice ages.

It’s possible to date these orbital changes thanks to the development of an astronomical time scale that dates geologic periods in relation to astronomical cycles going back millions of years.

However, this timescale or calendar has limits and only stretches back around 50 million years ago. Attempting to date geologic records and astronomical cycles before this time is hindered by something called solar system chaos.

Researchers from the University of Hawaii at Manoa and Utrecht University have found a way to get around solar system chaos and extend the astronomical time scale by eight million years.

The researchers analyzed data from drill cores dating back to the Early Eocene, 58 to 53 million years ago. The sediment data in the cores detailed the Earth’s elliptical orbit around the Sun or its eccentricity.

“This was truly stunning,” said Richard Zeebe, a co-author of the study. “We had this one curve based on data from over 50-million-year-old sediment drilled from the ocean floor and then the other curve entirely based on physics and numerical integration of the solar system. So the two curves were derived entirely independently, yet they looked almost like identical twins.”

The new astronomical solution was called ZB18a, and after testing 18 different computations, the new solution was the most accurate in terms of matching with the 50 million-year-old sediment core data.

The research has many wide-reaching implications, including the discovery that the Paleocene-Eocene Thermal Maximum was jump started by an orbital trigger which could help inform future climate studies factoring in the impact of astronomical cycles on climate.