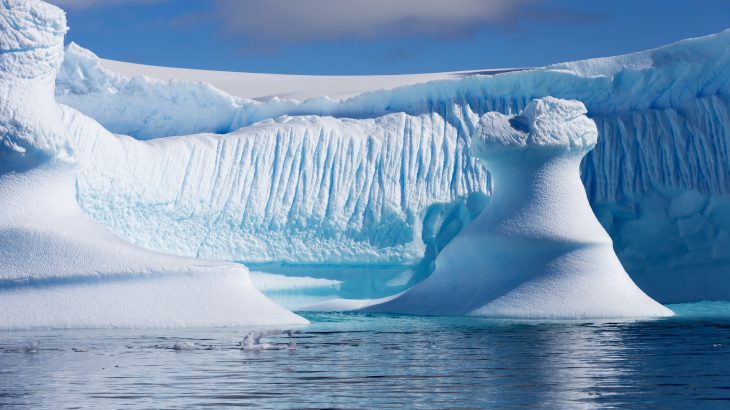 A new study has revealed that variations in the Earth’s axial tilt are linked to dramatic shifts in the the Antarctic Ice Sheet. A research team led by the University of Wisconsin-Madison has matched the planet’s celestial motions with the geologic record of Antarctica’s ice.

The findings sum up the entire history of the Antarctic Ice Sheet throughout most of the past 34 million years, including its formation. The research also highlights the sensitivity of the Earth’s climate system to changes in the planet’s axial cycles.

Study co-lead author Stephen Meyers is a UW-Madison professor of Geoscience and an expert on how the climate responds to changes in solar radiation from Earth’s astronomical motions.

The West Antarctic Ice Sheet, which is miles deep in some places, contains enough ice to raise the sea level by roughly five meters. The researchers discovered that the ice sheet is so heavy that much of it is resting on land thousands of meters below sea level, which means that it is a marine ice sheet in some places.

According to the experts, marine ice sheets are particularly sensitive to heat carried in by ocean currents. The new study suggests that retreating sea ice will erode the barrier holding the ice sheet in place, including the parts of it that are below sea level.

“Sea ice creates a barrier between the ocean and the ice. If we fail to achieve carbon dioxide emissions targets and Earth’s average temperature warms more than 2 degrees Celsius, sea ice will diminish and we jump into a world that is more similar to that last experienced during the early to mid-Miocene,” said co-lead author Richard Levy of New Zealand’s GNS Science and Victoria University of Wellington.

Prior to this study, scientists struggled to understand why the ice sheet responded differently to the same astronomical cycles at different times. By linking those cycles to a detailed chemical record, the team found that elevated carbon dioxide in the atmosphere and the resulting loss of sea ice around the Antarctic played a big role in amplifying the impacts of changes in the Earth’s astronomical motions on Antarctic sea ice.

“All of these data suggest we need to get cracking and reduce our greenhouse gas emissions,” said Levy, who pointed out a decline in Antarctic sea ice over the last two years after several decades of growth. “We don’t want to lose that sea ice.”