Some trees live thousands of years with no signs of aging • Earth.com 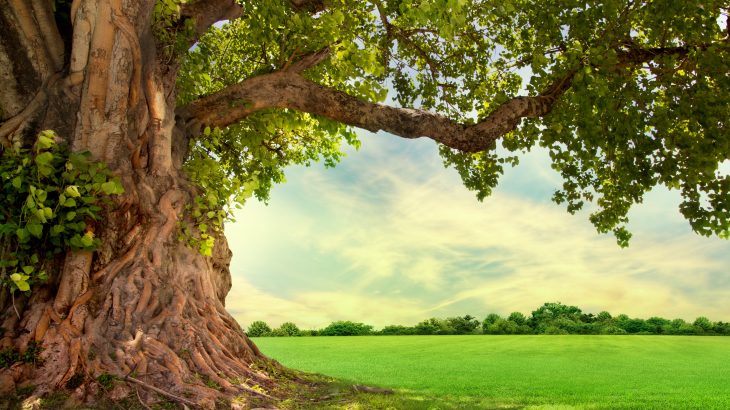 Some trees live thousands of years with no signs of aging

The oldest trees on the planet date back nearly 5,000 years, and some species do not appear to show signs of aging. A recent study of ginkgo trees found that they seem to be able to escape whole-plant senescence, the biological aging process where deterioration becomes obvious.

However, in a new report published by Cell Press, Professor Sergi Munné-Bosch of the University of Barcelona explains that while senescence in ancient trees may be almost undetectable, it is still taking place.

“When we try to study these organisms, we’re really astonished that they live so long. But this doesn’t mean that they’re immortal,” said Professor Munné-Bosch. “They live so long because they have many mechanisms to reduce a lot of the wear and tear of aging.”

Ancient trees have evolved methods for prolonging the aging process, but research has confirmed that they still experience physiological stress associated with senescence. “They have limits,” said Professor Munné-Bosch. “There are physical and mechanical constraints that limit their ability to live indefinitely.”

Because they are so challenging to study, little is known about what the process of senescence looks like in millennial trees. “When a species of tree can live for five millennia, it’s very difficult to find even two trees that are between two and five millennia.”

Professor Munné-Bosch explained that while dying of senescence is a possibility, the trees will likely die from other causes. “They don’t have to worry about senescence because they have other things that worry them more.”

Due to their extreme lifespans, the aging process of trees would have to be studied at a timescale that is much larger than that of existing studies.

“The measure of time is something that we have invented as humans, and to a millennial tree, it does not matter at all,” said Munné-Bosch.

Trees have a variety of ways to reduce their chances of death from aging. For example, they can “build life on death” by growing new shoots from trunks composed of 90 percent nonliving biomass. Even though long-lived trees can survive for millennia through these methods, there is still some stress associated with aging that prevent immortality. “Time, in some respects, can be considered as a sort of stress. Living is stressful, and this very slowly will bring you to death.”

According to Professor Munné-Bosch, understanding how trees prolong senescence is important. “We have a lot to learn from them. For instance, aspects of regenerative medicine are based on mechanisms that have already evolved in trees.”