Songbird population declines may be linked to a widely used pesticide • Earth.com 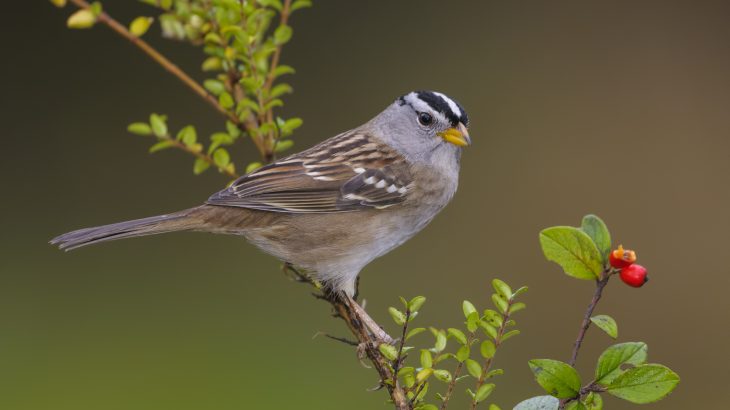 Songbird population declines may be linked to a widely used pesticide

A new study has revealed how a neonicotinoid pesticide may pose a risk to wild songbird populations.

Neonicotinoids are harmful to bees and can disrupt how bees fly, collect pollen, and behave in the hive.

Researchers from the University of Saskatchewan and York University linked a neonicotinoid pesticide called imidacloprid to songbird population declines in North America.

Neonicotinoids are widely used to protect crops worldwide. While there has been a recent push to ban neonicotinoid pesticides because of the harmful impact the pesticides have on bee populations, birds may also be at risk.

“Our study shows that this is bigger than the bees–birds can also be harmed by modern neonicotinoid pesticides which should worry us all,” said Bridget Stutchbury, a member of the research team.

Since 1966, three-quarters of bird species that depend on agricultural habitats have declined, and the researchers found that even minimal exposure to a pesticide can hinder reproduction and delay migrations.

The study, published in the journal Science, is the first of its kind to examine how imidacloprid impacts wild songbirds.

“We saw these effects using doses well within the range of what a bird could realistically consume in the wild–equivalent to eating just a few treated seeds,” said Margaret Eng, the lead author of the study.

Individual sparrows were exposed to small doses of imidacloprid, and the researchers measured each bird’s weight and mass before and after being exposed to the pesticide.

Within six hours, sparrows that received a higher dose of the pesticide lost six percent of their body mass. The same birds also stayed longer at the stopover site before continuing on with their annual migration.

Delaying migration poses a risk to reproductive success for the sparrows, and the birds that were not exposed resumed their migration earlier.

“Migration is a critical period for birds and timing matters,” said Christy Morrissey, a senior author of the study. “Any delays can seriously hinder their success in finding mates and nesting, so this may help explain, in part, why migrant and farmland bird species are declining so dramatically worldwide.”