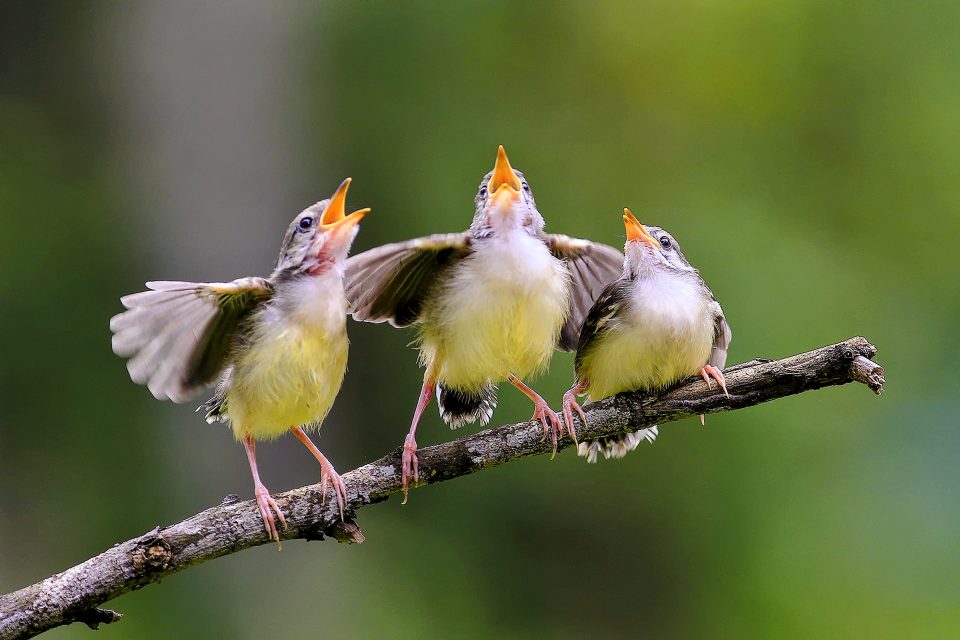 In a new study from McGill University, researchers have found that the speech patterns of songbirds are similar to those of humans. The team reports that both songbirds and humans tend to use shorter sounds for building longer phrases.

The study shows that birdsong follows Menzerath’s law: the greater the whole, the smaller the parts. Experts speculate that this pattern could make communication more efficient by making things easier to say and understand.

Furthermore, the McGill team suggests that for songbirds, physical factors such as muscle fatigue and limited lung capacities may also play a role in the production of shorter sounds.

“Although we see Menzerath’s Law in all the songbird species we looked at, and others have seen it among primates and penguins, we aren’t sure this necessarily reflects enhanced communication efficiency in non-human animals,” said study senior author Professor Jon Sakata. “It is possible that these patterns of communication that we saw in songbirds are caused by physical predispositions and constraints.”

Professor Sakata pointed out that the brain mechanisms which regulate breathing and vocal muscles seem to be organized in similar ways in birds and humans.

The researchers found the same speech patterns among birds that had been raised by their parents and those that had not been taught to sing by their parents. This finding supports the idea that physical elements play a role in song patterns.

“The individual units of sound made by untutored birds were very different from those made by the typically raised birds,” said study first author Logan James.

“However, the ‘rules’ by which they organize these aberrant elements is indistinguishable from typically raised birds. These results suggest that physical predispositions or limitations may play a role in producing these song patterns.”