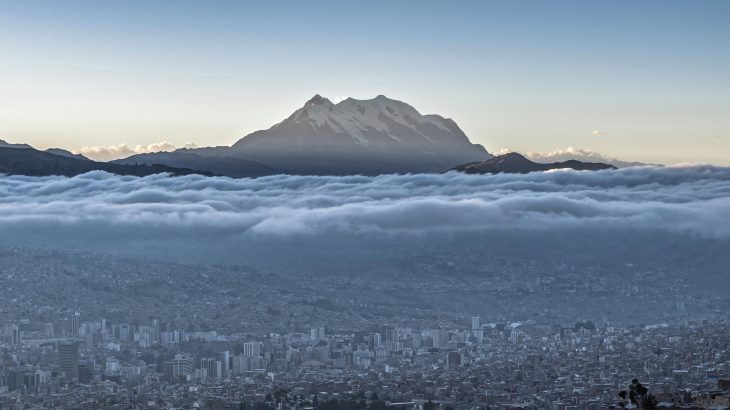 Soot from traffic in big cities travels to high altitudes

Carbon emissions aren’t the only pollutants from city traffic contributing to air pollution and climate change.

A new study has confirmed that soot from road traffic in emerging countries travels to high altitudes, spreads over long distances, and contributes to rising global temperatures.

The study was conducted by an international team of researchers led by the Leibniz Institute for Tropospheric Research (TROPOS), who observed soot levels from traffic emissions in the cities of La Paz, El Alto and the Chacaltaya mountain observatory in Bolivia.

While the EU and even some states in the US have limits or taxes on diesel emissions and fuel, for emerging countries where vehicle pollution is high, it’s a different story.

However, it is still not well known just how much soot particles contribute to global warming or even how much soot ends up in the atmosphere. This is why the TROPOS researchers decided to examine soot particles from traffic in Bolivia to gain a better understanding of these processes.

The Chacaltaya mountain observatory itself is important for atmospheric research because of its prime location near some of the fastest growing cities in South America.

For the study, the researchers measured both equivalent black carbon concentrations and particle number size distributions of soot particles at two locations in La Paz and El Alto from September to November in 2012.

The researchers discovered that soot from road traffic does travel vertically and spreads out over large distances.

“The measurements clearly show how soot from the city valley emerges with the warmed air up to the El Alto plateau and then partly up to the peaks of the Andes,” said Alfred Wiedensohler, the lead author of the study.

The team was able to see first hand just how much traffic contributes to soot pollution as their studies coincided with a population census in November when, for a day, all traffic was banned except for emergency response vehicles.

“The result was impressive: the soot load on the road was reduced from around 20 to less than one microgram per cubic meter,” said Wiedensohler. “This corresponds roughly to the reduction from 100 to about five percent. There is no clearer way of demonstrating the contribution of soot pollution from road traffic.”