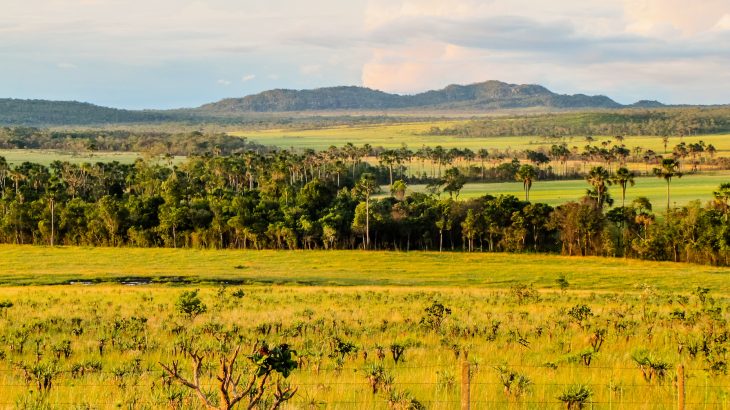 Protecting what’s left of South America’s largest savanna. Home to jaguars, giant armadillo, the endangered maned wolf, and over 10,000 species of plants, the Cerrado is one of the largest savannas in South America. Once spanning an area half the size of Europe, this biodiversity hotspot has been reduced to a mere shell of its former self.

In a new study, researchers from the International Institute for Applied System Analysis (IIASA) examined how mandates that protect the Amazon from deforestation and agriculture might benefit the Cerrado.

Less than 20 percent of the Cerrado remains undisturbed. Despite being home to a rich array of plants and animals found nowhere else on Earth, it’s one of the least protected and over-exploited regions in Brazil.

Since 2015, 48 percent of Brazil’s soybeans have been harvested in the Cerrado. Only 13 percent of the Cerrado is protected, a stark difference from the neighboring Amazon where nearly half of the rainforest is protected.

The Cerrado is viewed as prime real estate for soybean cultivation. However, in the Amazon, the Amazon Soy Moratorium ensures that soy cannot be bought if it was grown on recently deforested land.

Researchers from the IIASA and Brazil’s National Institute for Space Research examined how expanding the Amazon Soy Moratorium to the Cerrado would impact soybean production.

“Our study presents the first quantitative analysis of expanding the soy moratorium from the Amazon to the Cerrado and could be used by traders and consumer markets to adjust their supply chains,” said Aline Soterroni, a leader of the study.

If the Cerrado was granted similar protections to the Amazon, the researchers found it could prevent 3.6 million hectares of native vegetation from being converted to soybean crops between 2020 and 2050.

Not only would millions of hectares be saved from soybean monoculture, but it would also reduce the risk of further biodiversity declines. If Brazil were to implement such protections, it would only require a decrease in soybean cultivation of one million hectares.

The Cerrado is not without its advocates, and many companies are working to eliminate deforestation from their supply chains due to growing consumer awareness.

This recent study proves that it is possible to protect the Cerrado and expand agriculture to benefit economic growth, but a mix of both public and private policies are needed.

“According to our model, expanding the Amazon Soy Moratorium to the Cerrado can avoid the loss of a significant amount of native vegetation while simultaneously achieving soybean production goals,” said Soterroni. “We also show that the Forest Code is not enough to protect the area given its low level of legal reserve requirements and its historical lack of enforcement.”