Interactions in the Southern Ocean impact how carbon dioxide is absorbed • Earth.com 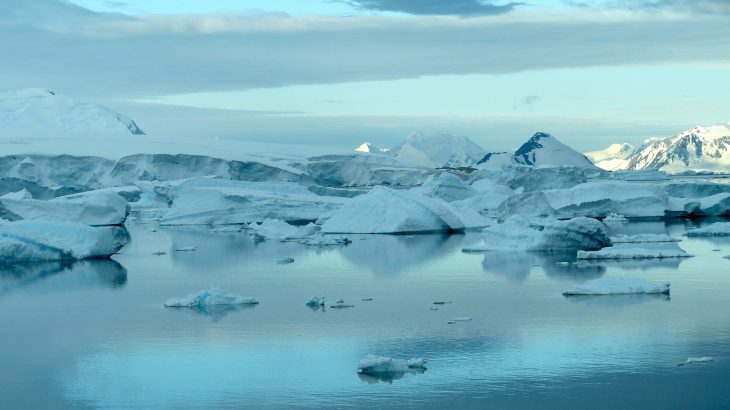 Interactions in the Southern Ocean impact how carbon dioxide is absorbed

Scientists from the University of Southampton, the British Antarctic Survey, the University of East Anglia, and the Alfred Wegener Institute, have found that, contrary to prior understanding, the biological processes far off the coast of Antarctica in the Southern Ocean are the most important factors in determining how the ocean absorbs carbon dioxide.

“The Southern Ocean is a hugely important region for the drawdown of carbon dioxide from the atmosphere, with major impacts on global climate,” said Michael Meredith from the British Antarctic Survey. “This study overturns a commonly-held belief relating to how this works, and emphasises the need for joined-up biological and physical studies in the open-ocean regions some distance offshore from the Antarctic continent. This will be a key priority going forward, in order to improve our ability to reliably predict future climates.”

Carbon dioxide is initially absorbed in the surface ocean and is then transferred into the deep ocean where it is stored for hundreds to thousands of years.

It was thought that the transformation of water from light to dense, caused when water is cooled at the ocean’s surface, was the main key in determining whether carbon is released into the atmosphere or stored in the deep ocean. Therefore, most research is conducted in the shallow waters on Antarctica’s coastline.

However, after studying ocean circulation and carbon concentration of the Weddell Gyre region of the Antarctic Peninsula, as well as data collected by the ANDREX project (Antarctic Deep water Rates of Export), which measured the physical, biological, and chemical properties of the gyre’s waters between 2008 and 2010, the research team found that dense water formation is not the dominant factor driving the atmosphere-to-ocean carbon uptake. Instead, biological processes further out in the ocean are the main driving force.

The team discovered that as phytoplankton in the middle of the gyre grow and sink, they remove carbon from the surface ocean and move it into the deep ocean. This process is known as the “biological carbon pump.”

“The results carry implications for our understanding of how the high-latitude Southern Ocean, close to the Antarctic continent, influences atmospheric carbon and global climate on 100 to 1000-year timescales,” said study leader Graeme MacGilchrist, from the University of Southampton. “This is important both for our understanding of climate transitions in the past, such as the ice ages, as well as our projections of future climate change.”

“We also expect that it will help to shift the focus of future research towards the critical processes taking place in the Antarctic Gyres, rather than the historical focus on the shelf-sea regions,” MacGilchrist concluded.

This study is published in Science Advances.