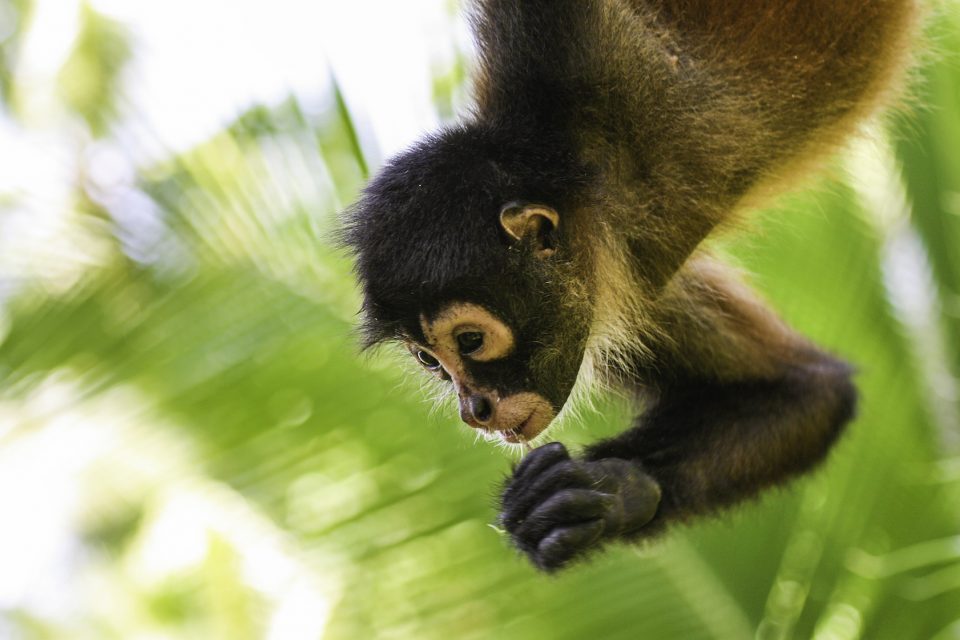 New research has revealed that spider monkeys change the pitch of their calls if they’re separated from their groups.

Agile and strong, spider monkeys spend a good portion of their lives climbing and swinging from branches and trees in the rain forests of Central and South America.

Spider monkeys are known for their Tarzan-like maneuvers as well as their loud screeches, whinnies, and vocal calls. They are also extremely social and live in groups of 24 to 36.

When a member of the group strays out of sight, spider monkeys use specific whinnies to communicate with the isolated group member, and these whinnies can vary in pitch.

Researchers from the German Primate Center hypothesized that isolated spider monkeys lowered the pitch of their whinnies to help relocate their group and vice versa.

To test this, the researchers monitored 27 female and eight male adult black-handed spider monkeys in the Lacandona Rainforest in Mexico.

The team recorded the monkeys’ calls with microphones, and a spider monkey was considered isolated if they were more than 40 meters from the group. Over a five-month period, the researchers recorded 566 whinnies from 35 monkeys.

After analyzing the calls, the researchers discovered that isolated spider monkeys produced lower frequency whinnies compared to calls made in a group.

Lower frequencies travel longer distances so lowering the pitch may help improve a lost individual’s chances of reconnecting with its group, the researchers say.

Members within the group were also quick to respond to lower frequency calls from isolated spider monkeys.

The results of the study show that spider monkeys do, in fact, lower their calls when they are separated from their group. The full findings of the study were published in the journal PLOS ONE.