How spiders use their eyes as an odometer to measure distance • Earth.com 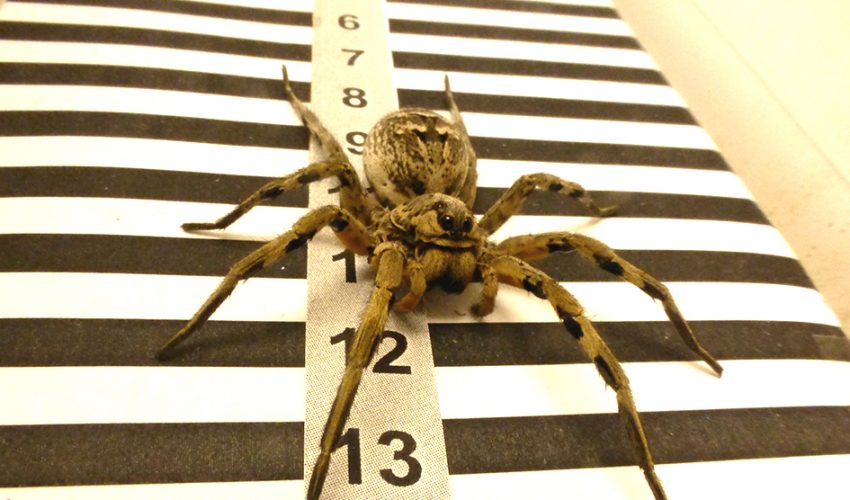 How spiders use their eyes as an odometer to measure distance

The tarantula species Lycosa uses its eyes like an odometer to measure distance, according to a new study on spiders by researchers at Autonomous University of Madrid.

The tarantula lives in burrows topped by turrets built with twigs, leaves and small stones, fastened with the spider’s silk. From the turret, the tarantulas surprise their prey and run to pursue it, then return to the burrow from distances between 30 and 40 cm.

A 1999 study by the university found that the spiders use polarized light from the sky to know their position with respect to their nest. he new research, published in the Journal of Experimental Biology, examines the role the spider’s eight eyes play in its navigation system.

“To calculate the distance it has travelled, the animal needs an odometer that registers the route, its location with respect to the finish point, which would be the burrow, and a ‘compass’ to track the direction of travel,” said lead author Joaquin Ortega Escobar.

The compass is the polarized light, the scientists said. In the new research, they wanted to learn more about the role the spider’s eight eyes play in the navigation system.

In the research, when the scientists covered these eyes with a water-soluble paint, the spiders had trouble navigating. Instead of traveling 30 cm back from the nest, they stopped at 8.5 centimeters.

“When we uncovered them, they could return to their nests perfectly,” Escobar said. “ They need the lateral anterior eyes to measure the distance.”