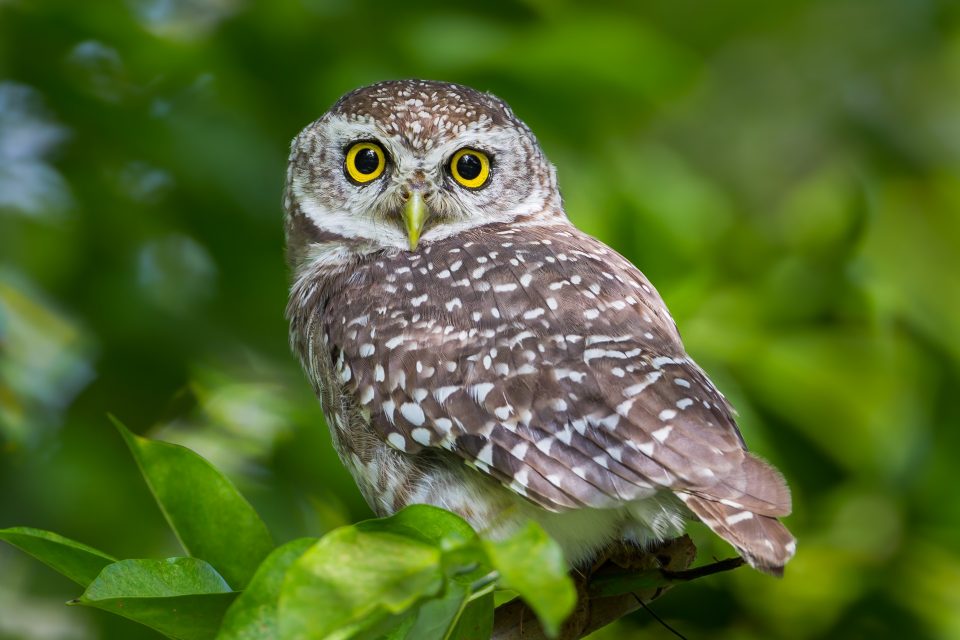 Scientists have discovered that the population numbers of Yosemite’s spotted owls remained essentially the same after a megafire that destroyed one-third of their suitable habitat. According to the researchers, the success of these owls may be due to the unique structure and fire management strategy of Yosemite.

The park provides prime habitat for the California Spotted Owl, which is listed as a Species of Special Concern by the California Department of Fish and Wildlife.

In 2013, a massive wildfire known as the Rim Fire burned 256,000 acres of the Stanislaus National Forest and Yosemite National Park. A new study from the Institute for Bird Populations found that California Spotted Owl numbers and nesting rates remained stable in areas of the park that were burned by the megafire.

Between 2015 and 2017, the researchers searched Yosemite for spotted owls, locating their territories and investigating their breeding status. The team used satellite data to examine habitats in the study area, including how severely they were burned.

“What surprised me, primarily, was not that owls were still present, but they were still present in the same numbers and still successfully setting up territories and breeding,” said study lead author Lynn Schofield.

The researchers found that the owls had avoided the most severely burned areas, but still resided in territories within the fire’s perimeter.

While California Spotted Owls managed to tolerate the Rim Fire, Schofield warned that not all fires are created equal. Fire suppression efforts since the 1970s have minimized fire activity in Yosemite, and the park’s forests have not been commercially logged since the early 1900s, which creates a very unique forest structure.

“In Yosemite there is a diversity of forest habitat,” said Schofield. “This means the Rim Fire burned with a diversity of severities creating a range of post-fire habitat for owls to choose from.”

The study authors noted that in portions of the adjacent Stanislaus National Forest that were also burned by the Rim Fire, the severity was more uniform, and this was likely due to the contrasting logging and fire management system.

High intensity “megafires” like the Rim Fire are expected to become more frequent in the Sierra Nevada, which poses one of the biggest conservation threats to the California Spotted Owl.

The study findings indicate that Yosemite’s owl population has greatly benefited from the park’s fire management strategy, as well as from the diverse habitats that have been preserved here.

“At Yosemite, restoring fire to its natural role is one of our management priorities,” said study co-author Sarah Stock, a wildlife ecologist at Yosemite. “It’s gratifying to see that this strategy is paying off for the park’s wildlife.”

The study is published in the journal Forest Ecology and Management.