Standing instead of sitting at work could help you lose weight • Earth.com 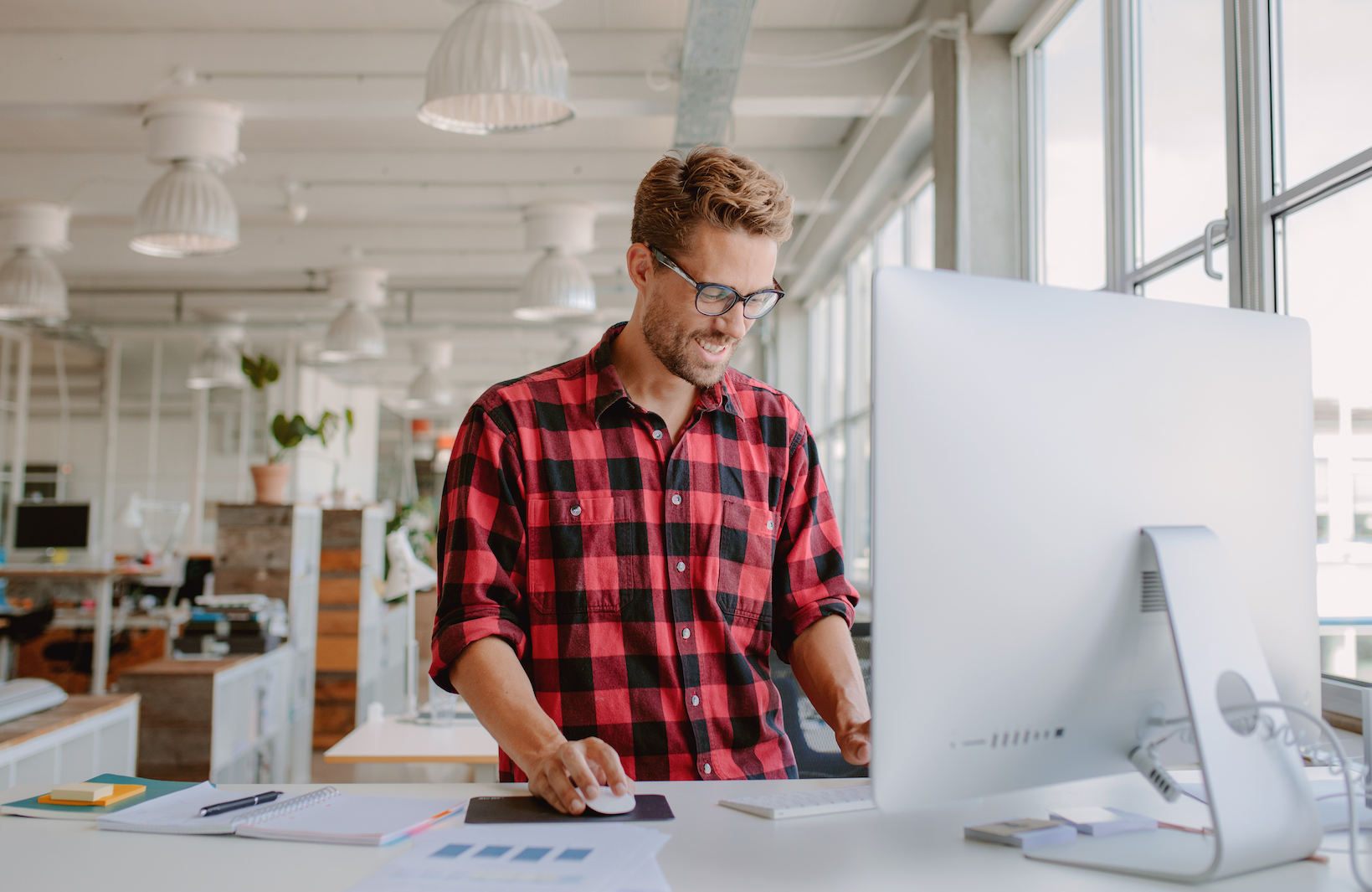 Standing instead of sitting at work could help you lose weight

Many people who work office jobs find themselves sitting at a desk much of the day, with hardly any opportunity to be active. Population-based studies have found that in the U.S., adults sit for more than seven hours per day. In European countries, it ranges from 3.2 to 6.8 hours of daily sitting. This sedentary behavior has been linked to the obesity epidemic, cardiovascular disease, and diabetes, and it doesn’t seem to be slowing down any time soon.

However, other options have become more widely available to the average desk worker. Standing desks and even desks with stationary bikes or treadmills have gained popularity in recent years. Now, a new study in the European Journal of Preventive Cardiology shows that standing instead of sitting for six hours a day could help people lose weight in the long term.

In the first systematic review and meta-analysis to evaluate the difference between calories burned while sitting or standing, researchers from Mayo Clinic evaluated 46 studies with 1,184 participants. They found that individuals burn an additional 0.15 calories (kcals) per minute more while standing compared to sitting. This means that if a 143-pound adult substitutes standing for sitting six hours a day, they would expend an extra 54 calories per day. This would roughly equate to 5.5 pounds in one year.

“Standing for long periods of time for many adults may seem unmanageable, especially those who have desk jobs, but, for the person who sits for 12 hours a day, cutting sitting time to half would give great benefits,” says Dr. Francisco Lopez-Jimenez, chair of preventative cardiology at Mayo Clinic and senior author of the study.

In an effort to boost public health, moderate to vigorous physical activities have been encouraged to help individuals lose weight and reduce the risk of heart disease. But often people will claim that they lack the time, motivation, or access to the necessary facilities.

“Standing is one of components of NEAT, and the results of our study support this theory,” explains Dr. Lopez-Jimenez. “The idea is to work into our daily routines some lower-impact activities that can improve our long-term health.”

The researchers also found that calories burned between standing and sitting is roughly twice as high in men as in women. This is likely due to men having greater muscle mass, as calories burned is proportional to muscle mass activated while standing. They also note that more research will need to be done to determine is replacing sitting with standing is effective and if there may be long-term health risks due to standing for long periods.