Look to the sky: Star watchers are in for a heavenly May • Earth.com 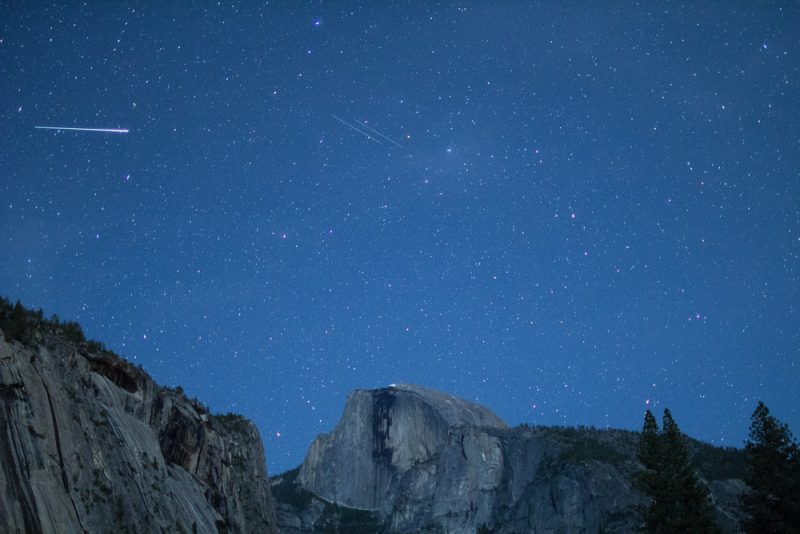 Look to the sky: Star watchers are in for a heavenly May

From meteor showers to a seasonal blue moon, the month of May will be putting on quite a show for star watchers.

First up are the Eta Aquariids (also occasionally spelled Aquarids). While those with their eyes on the sky may have noticed meteor activity picking up in late April, this weekend was expected to see a spike in activity for the weeks-long meteor shower.

Don’t worry, you still have time to catch the show early on the morning of May 6, when it peaks, with another busy morning expected on May 7.

The Eta Aquariids are bits of rock that separated from Halley’s Comet hundreds of years ago. The comet was last near Earth in 1986, and isn’t expected to return until 2061. But it left behind a trail of space debris in 1986 – and previous visits – that puts on a show for star watchers every spring.

The Eta Aquariids aren’t usually as breathtaking as meteor showers like the Perseids and Leonids, but they’re still a spectacular sight to behold, especially in the Southern Hemisphere.

The meteors will slow down after this weekend, but will continue to light up the night sky through late May. For the best chance of seeing meteors streaking through the night sky, look up between 3 a.m. and dawn.

Later this month, star watchers will be treated to a blue moon.

It’ll be the first full moon in May – a blue moon is generally thought to be the second full moon within a single month.

There’s a second and older definition of “blue moon.” Most seasons only have three full moons. But in places where spring is considered to last from March 20 to June 21 this year (rather than early February through the end of April), the full moon on May 18 is the third out of four this spring. That makes it a blue moon.