Stegosaurus fossil may be the oldest ever discovered • Earth.com 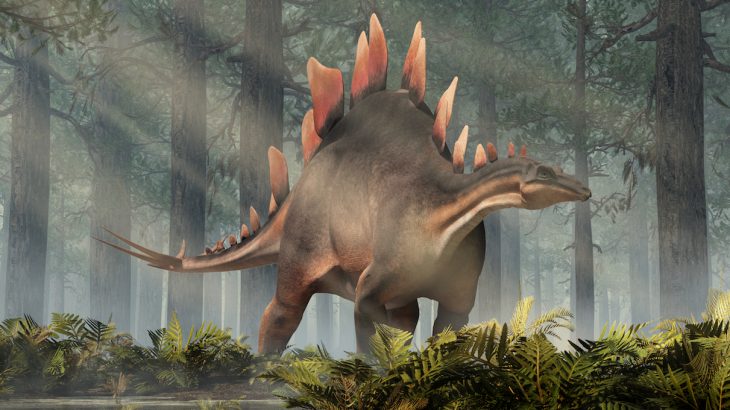 Stegosaurus fossil may be the oldest ever discovered

Stegosaurus is one of those iconic dinosaurs, following in the same fossilized footprints as Tyrannosaurus Rex and Triceratops. With its impressive rows of bony plates on its back and spiky tail, it’s not hard to see why the plant-eating stegosaurus is so popular among dinosaur lovers.

In a new discovery, paleontologists have identified a new species of stegosaurus, and it’s the oldest of its kind ever found. The species was described from fossils excavated in Middle Atlas mountains in Morocco.

The discovery shows that the stegosaurus is older and had a much wider geographic range than previously realized.

A few vertebrae and an upper arm bone are all that were found, but a team of paleontologists led by Susannah Maidment from the Natural History Museum in London was able to determine that the bones were about 168 million years old and the specimen belonged to an entirely new species and genus.

The researchers called the new species Adratiklit boulahfa which means “mountain lizard” in the Berber language.

“The discovery of A. boulahfa is particularly exciting as we have dated it to the Middle Jurassic,” Maidment said. “Most known stegosaurs date from later in the Jurassic Period, making this the oldest definite stegosaur described and helping to increase our understanding of the evolution of this group of dinosaurs.”

Adratiklit boulahfa is the first stegosaurus discovered in North Africa. Both the specimen’s location and age are of great interest to the scientific community, and the find could help inform our understanding of not only stegosaurus but what geographic formations allowed the dinosaurs to inhabit such a wide range.

The researchers published their findings in the journal Gondwana Research.