Animals using tails as weapons used to be much more common • Earth.com 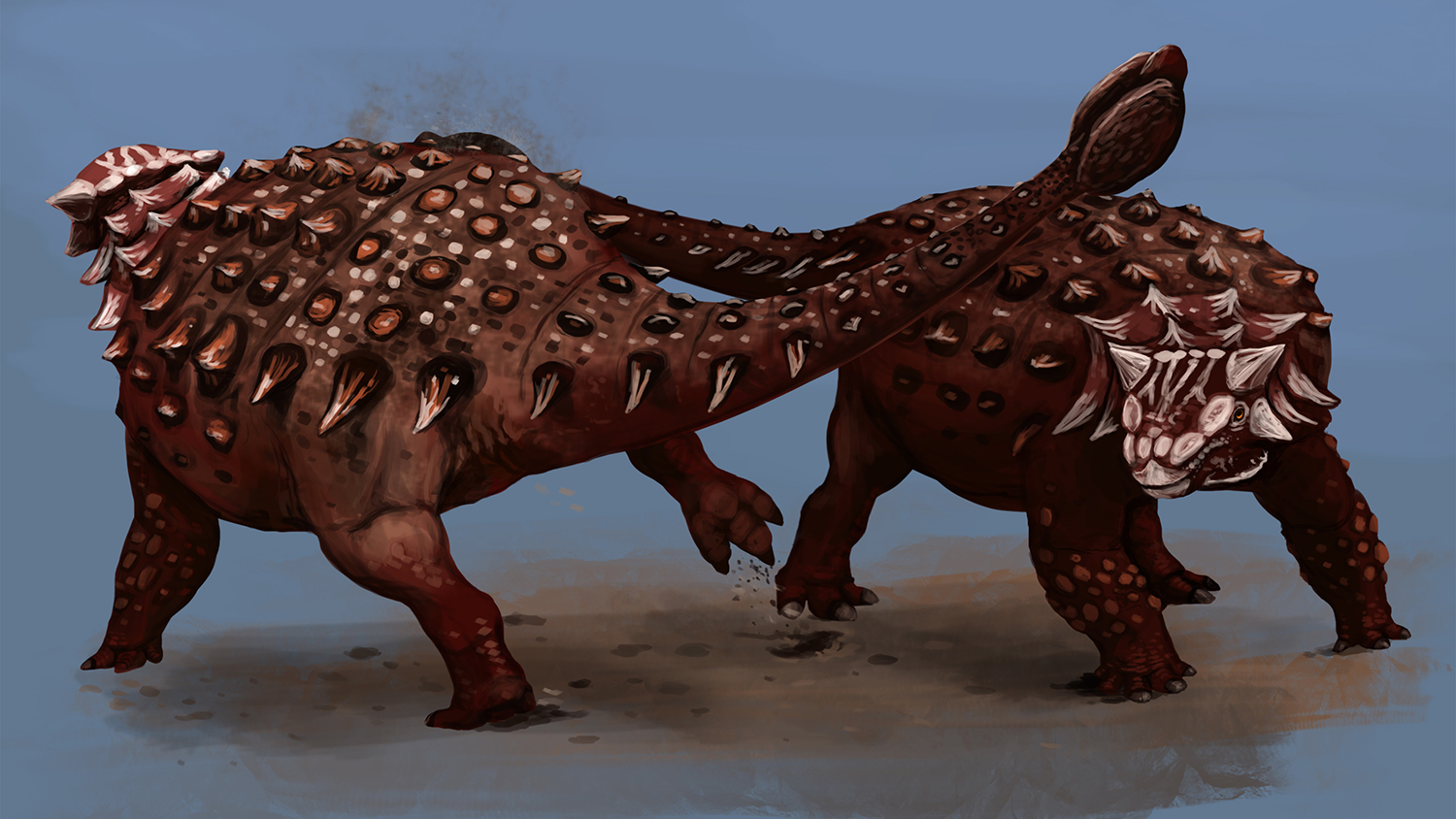 Animals using tails as weapons used to be much more common

During the Jurassic and Cretaceous periods, tail weaponry was not uncommon. Clubs and spikes on armored tails and skin were useful for fending off predators, hunting for food, and defending nests and territory.

But today, the massive armaments and appendages of prehistoric animals have virtually disappeared.

A new study, conducted by a team of paleontologists and published in the journal Proceedings of the Royal Society B, reveals how tail weaponry evolved by grouping together common traits of some extinct species of mammals, birds, reptiles, and dinosaurs.

The research not only sheds light on how the use of tails as weapons began in the first place, but also why it is not something we see in nature today.

The results suggest that when large herbivores with body armor went extinct, so did most armored appendages and tail weapons.

The researchers collected data on 300 species both living and extinct and sorted them by characteristics like size and diet.

The data was put into a computer program which allowed the researchers to find the most common traits shared among those animals with tail weapons.

The three most common traits were that the animals were large herbivores with an armored body. The glyptodon, an ancient relative to the armadillo, is a perfect example.

The researchers note that many of the large herbivores likely had body armor before their tails grew to have spikes, flails, or clubs.

In the case of the glyptodon, its heavy club-like tail probably evolved later on after the body armor was already a part of the species.

“It’s rare for large herbivores to have lots of bony armor to begin with and even rarer to see armored species with elaborate head or tail ornamentation because of the energy cost to the animal,” said Victoria Arbour, former postdoctoral student at NC State, current postdoctoral fellow at the Royal Ontario Museum, and co-author of the report. “The evolution of tail weaponry in Ankylosaurus and Stegosaurus required a ‘perfect storm’ of traits that aren’t seen in living animals, and this unique combination explains why tail weaponry is rare even in the fossil record.”