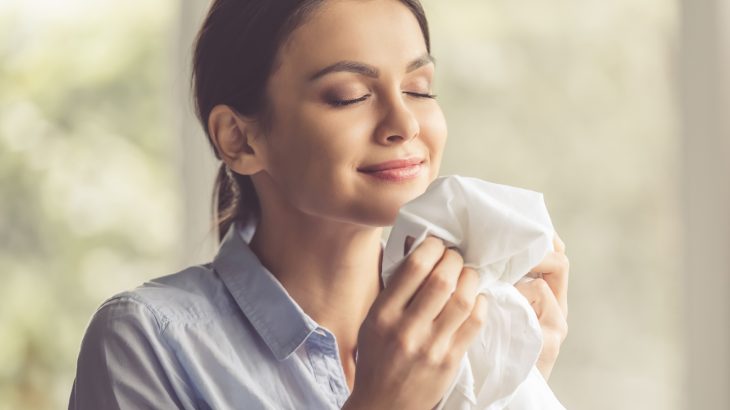 Stem cell therapy could help restore a sense of smell

Stem cell therapy restored a sense of smell in mice in an innovative new study that has many positive implications for age-related declines in smell sensitivity.

The study was conducted by researchers from the University of Miami and published in the journal Stem Cell Reports.

“This is the first model of smell loss showing evidence of recovery using a cell-based therapy,” said Bradley Goldstein, the senior study author. “It is very important to understand that many questions would need to be worked out before considering this in a human patient. However, it does provide evidence that such an approach warrants further study.”

Twelve percent of the US population currently has an impaired sense of smell, and many factors can contribute to olfaction impairment, including age-related decline, head trauma, or genetic risk factors.

While not as hindering to quality as life as age-related hearing impairment, any decrease in sense sensitivity can have a detrimental impact on health and well-being.

As of now, there are no treatments for a lost sense of smell, but recent research has shown that viral gene therapies could help restore olfaction.

In this study, the researchers wanted to test the potential of stem cell therapy in restoring olfaction, which, unlike viral therapies, can target impaired olfaction caused by a wide range of factors.

“There is some evidence that a failure to normally replace damaged or lost olfactory neurons may contribute to many forms of acquired olfactory loss,” said Goldstein. “So, we were interested in testing the idea that a cell-based therapy approach, to replace neurons, might be plausible.”

The researchers used gene editing to create mice that had no sense of smell. Drops of globose basal cells were inserted in the noses of the mice and sense of smell was soon restored as the cells worked to repair the sensory neuron connections responsible for olfaction.

The results hold promise for treating loss of smell in humans, but the researchers say that there is much more work that needs to be done before human trials can begin.

“To be potentially useful in humans, the main hurdle would be to identify a source of cells capable of engrafting, differentiating into olfactory neurons, and properly connecting to the olfactory bulbs of the brain,” said Goldstein. “Regardless, continuing to study the mechanisms in human cells that are required for production of functional olfactory neurons from progenitor cells will be broadly important for moving forward.”