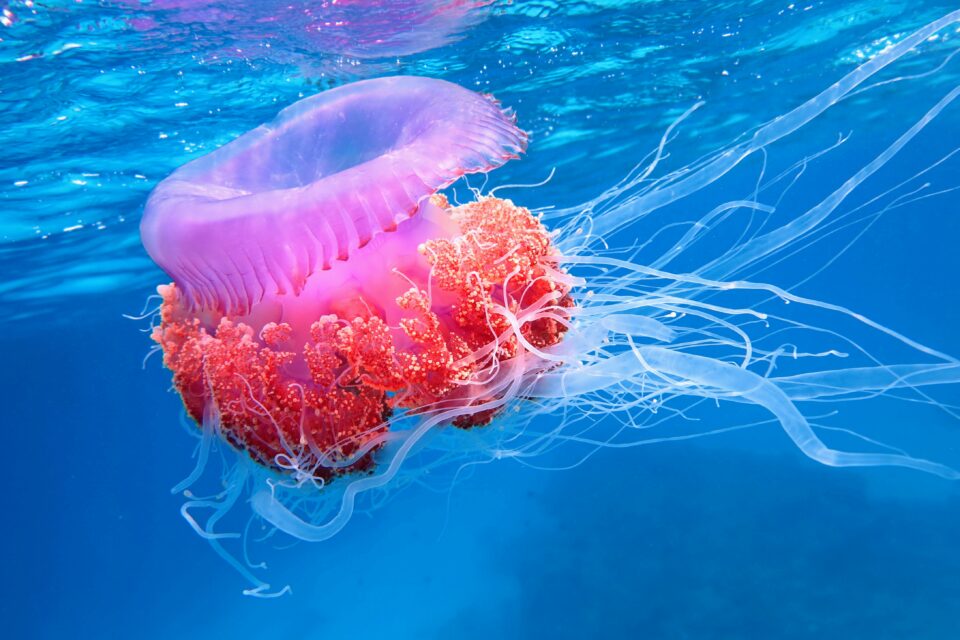 Cnidocytes are specialized stinging cells that shoot a venomous “harpoon” into the unwary. These cells are common to jellyfish, anemone, corals and hydrae – known collectively as cnidarians.

A new study from Cornell University shows that cnidocytes might be important for understanding the origins of new cell types, from an evolutionary perspective. The research, led by professor Leslie Babonis, revealed that cnidocytes evolved from neurons found in a pre-cnidarian ancestral animal.

“These surprising results demonstrate how new genes acquire new functions to drive the evolution of biodiversity,” said Babonis. “They suggest that co-option of ancestral cell types was an important source for new cell functions during the early evolution of animals.”

Interestingly, during cnidarian development, stem cells “decide” to become either neurons or cnidocytes, showing the evolutionary history of the latter. Many animals have neurons but stinging cells are entirely unique to cnidarians. Babonis and colleagues set out to study sea anemones to investigate how a neuron can be reprogrammed to become a cnidocyte.

“One of the unique features of cnidocytes is that they all have an explosive organelle (a little pocket inside the cell) that contains the harpoon that shoots out to sting you,” said Babonis. “These harpoons are made of a protein that is also found only in cnidarians, so cnidocytes seem to be one of the clearest examples of how the origin of a new gene (that encodes a unique protein) could drive the evolution of a new cell type.”

Looking at the genomics of a sea anemone, the scientists were able to determine that stinging cells develop by a single gene being turned off for the expression of a neuropeptide. Moreover, a single gene turns off the neuron function and turns on the development of a cnidocyte.

“There is a single gene that acts like a light switch — when it’s on, you get a cnidocyte, when it’s off you get a neuron,” Babonis said. “It’s a pretty simple logic for controlling cell identity.”

The researchers plan to expand their study to other animals to see how common a simple on/off genetic switch is in the development of new cell types.