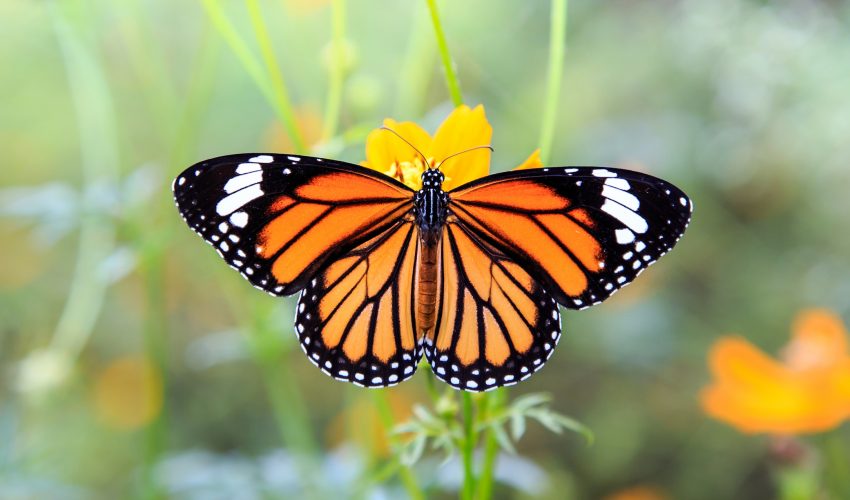 In March 2016, a storm in Mexico caused irreparable damage to monarch butterfly colonies who were staying there for the winter.

According to a study from the Entomological Society of America, led by Lincoln Brower, a research professor of biology at Sweet Briar College, the storm killed a significantly higher number of butterflies than initially thought.

Originally, after the storm, the media reported mortality rates of 7 percent among the overwintering monarch colonies. But Brower estimates that 30 to 38 percent of the butterflies died from storm and the logging efforts that occurred after.

To measure just how many monarchs were killed, the researchers tallied dead butterflies in random plots in the overwintering sites to get an idea of the total devastation caused.

Brower argues that logging operations that removed debris and downed trees after the storm also greatly impacted the monarch colonies. The Mexican government allowed a salvage logging operation to take place to reduce the risk of wildfires, and the equivalent of several thousand trees was approved for removal.

Overwintering sites, like the Oyamel forest in Mexico, produce a sort of “microclimate” that protects monarchs from freezing temperatures and unfavorable conditions.

The March storm, however, downed so many trees that the monarchs were exposed to rain, snow, and sleet, causing many to die.

“The prolonged severe storm destroyed the normal microclimatic protection provided by the intact Oyamel forest and led to freezing in all the colonies. This awakened us to the realization that the forest surrounding the butterfly colonies also needs to be protected, as a generalized wind buffer,” said Brower.

Monarchs are already nearing threatened status as a species, and fewer and fewer return from overwintering sites each year. Misreported information, like the original reports of the monarchs affected by the storm, is detrimental to conservation efforts that require an accurate tallies.