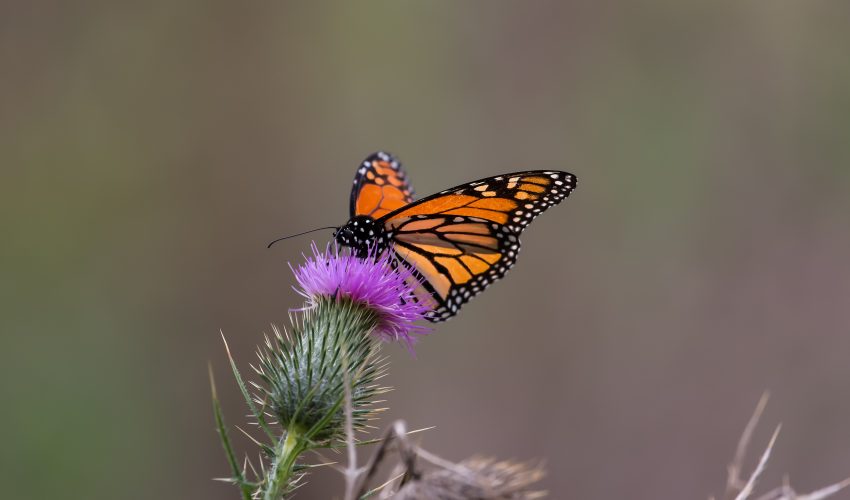 Western monarch butterflies are reaching unprecedented levels of endangerment, and their populations are much lower than previously realized. Eastern monarch conservation has been a subject for many environmentalists, policy makers, and scientists, but now, according to new research, the western monarch is doing much worse.

Monarch population decline can be traced to habitat degradation, pesticide use, and climate change, but the exact cause of why the western monarchs are dying off is uncertain.

Cheryl Shultz, an associate professor at Washington State University, Vancouver and the lead author of the study, found that there just 300,000 Western monarchs who winter in California, where before, in the 1980’s, there were millions of them.

“This study doesn’t just show that there are fewer monarchs now than 35 years ago. It also tells us that, if things stay the same, western monarchs probably won’t be around as we know them in another 35 years,” said Schultz.

The western monarch risks extinction over the next few decades if policies and conservation efforts are not put into place soon.

Western monarchs spend winter in forested groves in coastal California and spend spring and summer in Arizona, California, Nevada, Oregon, Washington, Idaho and Utah, and then return back to California in the fall.

It was California residents who first noticed that monarch butterfly populations were diminishing, as fewer and fewer were recorded in their traditional overwintering sites.

Schultz gathered data from monarch butterfly counts going back to the 1980’s. The counts came from volunteers, from butterfly enthusiasts, and from the Xerces Society’s Western Monarch Thanksgiving Count.

The research confirmed what the California residents feared and found that the butterflies were declining in population levels.

The decline is so extreme that the U.S Fish and Wildlife service is debating whether to list the monarch butterfly as a threatened species.

“The hard part of being a conservation biologist is documenting species declines. The exciting part is figuring out how to help declining species recover. In the 20th century, we brought bald eagles back from the brink of extinction by limiting use of DDT. If we start now, we can make the 21st century the era in which monarchs return to our landscapes,” said Elizabeth Crone, a Tufts University professor and co-author on the study.

These findings will hopefully help preserve and revive western monarch populations, as well as shed further light on the effects of climate change and habitat degradation through man-made infrastructure and pesticide use.