Stripes do not help zebras stay cool in the sun • Earth.com 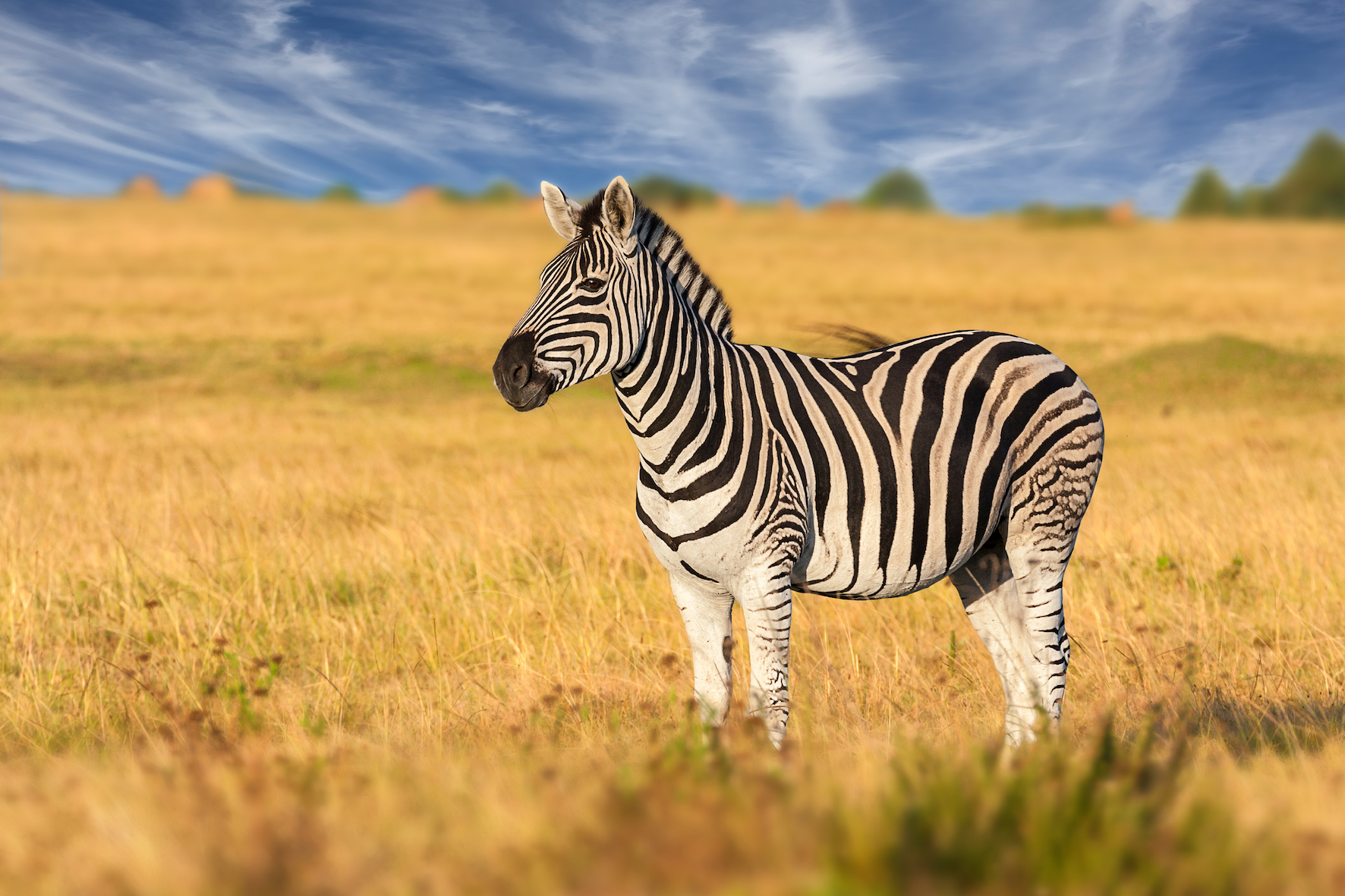 Stripes do not help zebras stay cool in the sun

Researchers at Lund University in Sweden have found evidence that contradicts the theory that black and white stripes keep zebras cool in the hot sun.

The debate on the function of zebra stripes dates back to the time of Charles Darwin. Some experts have suggested that the stripes help zebras to camouflage themselves.

Another theory is that the contrast in heat among the black and white areas of fur create small vortexes that circulate like a fan and cool the body.

To investigate this hypothesis, the research team filled metal barrels with water and covered them with colors to imitate skin, including black and white stripes, black, white, brown, and grey.

After the barrels were exposed to the sun, the experts measured the temperature in each barrel. As expected, the black one was the hottest and the white one the coolest. The temperatures recorded in the striped and grey barrels were similar and were not substantially cooler.

“According to the hypothesis of regulating body temperature, zebra stripes are expected to cool the body by means of convective air eddies induced by temperature gradients over alternating black and white stripes,” said study co-author Susanne Åkesson.

She explained that this theory seems likely because black zebra stripes do get warmer in the sun as they absorb more light compared to the cooler white stripes.

“All these experimental findings provide evidence against the hypothesis of cooling effect of zebra stripes, because striped coats do not keep the core temperature of the body any cooler than homogeneous grey coats with a similar average whiteness,” said Åkesson. “The stripes didn’t lower the temperature. It turns out stripes don’t actually cool zebras.”